Blake Shelton and Gwen Stefani have always made for a slightly odd couple. The 51-year-old pop queen loves high fashion and getting glammed up, while the 44-year-old country superstar is happiest at his Oklahoma ranch, kicking back with a drink around a fire pit. Their T-Mobile Super Bowl mocking how they ended up together was a chance for the two to be self-depreciating to those who don’t understand their five year romance and engagement, with an assist from mutual pal Adam Levine.

“Blake was the first person to hear about the commercial for the Super Bowl and he loved it because Blake is so funny himself, so he saw the humor immediately. And the chance to work with his future wife and one of his best friends again was the icing on the cake,” a source tells HollywoodLife.com EXCLUSIVELY.  Everyone loved it and to be on a great Super Bowl commercial that was so clever, it was just a total win for everyone involved. They all loved being a part of it.” 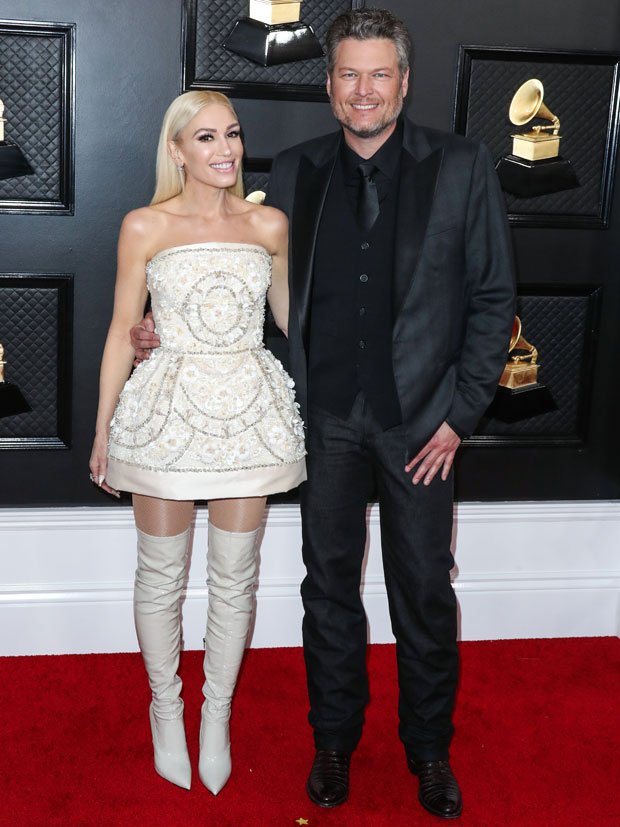 In the ad, a then-single Gwen is Facetiming with now former fellow The Voice judge Adam about what she’s looking for in a man, telling him she’s “ready to start dating again.” She wants someone who is totally not L.A., “maybe from another country,” who is “cultured and sensitive and who is not threatened by a strong, confident woman.”

As his cell service breaks up, Adam hears, “I’m sick of L.A. guys, I want someone completely country. Uncultured and threatened by a strong confident woman,” as Blake walks by him singing about hot wings and nachos. Adam then tells Gwen he’s got the perfect guy for her. Gwen is next seen sitting in a fancy restaurant as Blake walks in as her “date.” She’s horrified at the choice of man Adam picked for her, as the tagline,”Don’t trust your love life to just any network,” comes up. 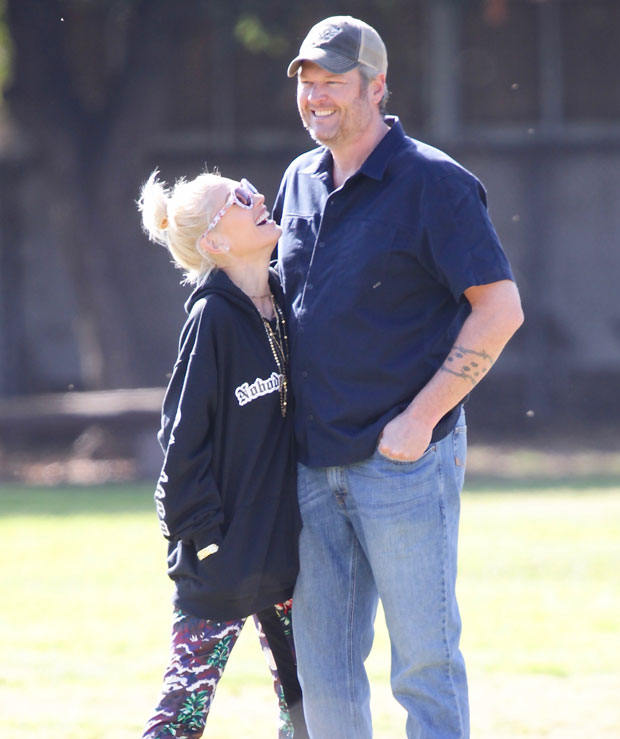 Baseball cap and jeans loving Blake is in his element, as Gwen rocks colorful leggings and a long hoodie with their duet title ‘Nobody But You’ on the front at L.A.’s Griffith Park. Photo credit: MEGA.

“Of all the things that I’ve been fortunate enough to have happen in my life, I don’t know that my phone has ever erupted — I mean my phone was smoking last night,” Blake told Entertainment Weekly on Feb. 8. “You realize, ‘Oh my God, nobody has ever really watched me win an award.’ I know that now. But everybody watches the Super Bowl. Now it’s confirmed: I know every contact in my phone was watching that game.”

“It was funny, we had a blast. When I read the script, I thought it was a great idea. I thought it was so funny. Because people still don’t really understand why she’s with me. And fair enough, right? So I loved being able to spin that out,” Blake continued. As for his reunion with Adam, who Shelton spent 16 seasons sparring with on The Voice before the Maroon 5 singer’s departure, Blake is still playing up to their “feud.” When asked it if was “fun” to work with Adam again, Blake told the publication, “No. “Gotta suffer for my art.”