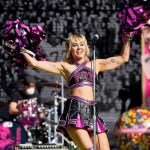 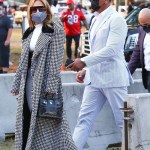 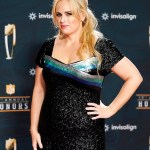 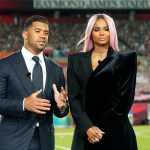 Rob Gronkowski had a huge game at the 2021 Super Bowl, and his girlfriend, Camille Kostek, was there cheering him on in the crowd.

Camille Kostek went all out to support her man, Rob Gronkowski, at the Super Bowl in Tampa on Feb. 7. Camille was masked up and in the crowd for the game, wearing a pair of leather pants and a light blue corset top. The best part of her outfit, though, was the red jacket, which was decked out in Rob’s number, last name and the Super Bowl logo. Camille shared a video of herself showing off the outfit on Instagram.

During the first half of the game, Rob caught two touchdown passes from his longtime teammate, Tom Brady. The guys both played together on the New England Patriots and won three Super Bowls together during their tenure on the team. Now, they’re looking for another win as players on the Tampa Bay Buccaneeers.

Of course, Camille went absolutely wild in the crowd when Rob scored. She posted videos of herself cheering loudly with a friend as she watched the game happening on the field. “I have already lost my voice,” she captioned one photo from the second quarter on her Instagram Story. “Proud gf over here.”

Camille used to be a New England Patriots cheerleader. She met Rob during a charity event in 2013, her rookie season on the team. However, the two did not go public with their relationship until mid-2015, after Camille left the cheer team. Since then, they’ve been going strong, and Camille, who is a Sports Illustrated model, has been the ultimate supportive girlfriend.

Rob retired from football after the Patriots’ win at the Super Bowl in 2019. However, after Tom signed with the Bucs in 2020, Gronk returned to the game to play with his longtime teammate once again. At the time, the Patriots still had the rights to Gronk, and Tom urged the Bucs to trade for him so they could be reunited once again. Clearly, the connection between the men is still there, and they proved it with their play in the 2020 season and Super Bowl!