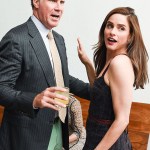 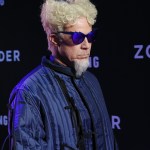 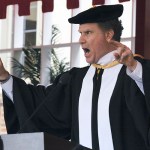 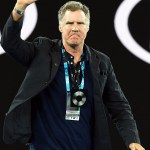 Denne reklamen er fantastisk! That’s Norwegian for ‘this ad is amazing!’ and Will Ferrell, Awkwafina, and Kenan Thompson go on a journey in GM’s Super Bowl ad that leaves them saying ‘No Way, Norway!’

Did you know that as of today, over half of the new vehicles sold in Norway are electric? Meanwhile, electric vehicles make up less than 4% of the United States’ market share (as of 2020.) This fact gets under Will Ferrell‘s skin at the start of GM’s commercial for Super Bowl LIV. In the spot, upon realizing that Norway is beating the U.S. in electric cars, he first punches a globe before punching a ticket to the Scandinavian country.

“We’re going to crush those lugers,” he says before recruiting a pirate-garbed Kenan Thompson and Awkwafina, mid-Archery practice, to wage a campaign of “CRUSHING.” However, when Will arrives, he finds that Norway is “adorable.” Sadly, Kenan and Awkwafina aren’t there to enjoy the scenery, as they took a wrong turn and got lost in Finland. Except…turns out it’s not Norway, but Sweden. You’d think a man who made an entire movie about a Scandinavian competing in Eurovision, he’d know the difference between Oslo and Stockholm.

“No Way, Norway” is an extension of GM’s “Everybody In” campaign, its first corporate level ad campaign in more than a decade. Launched in January 2021, “Everybody In” aims to excite a new generation of vehicle buyers (those who may be more environmentally conscious, what with global warming being a major issue for Millennials and Gen Y). The campaign looks to accelerate the adoption of electric vehicles by showcasing the company’s Ultium battery and raising awareness of the automaker’s efforts to roll out 30 new electric vehicles (EV) models by 2025.  No Way, Norway” features upcoming Ultium-powered electric vehicles, including the Cadillac LYRIQ luxury SUV and the GMC HUMMER EV supertruck.

“I’m excited to be a part of GM’s commitment to EVs,” says Will in a press release in conjunction with the ad’s release. “I’ve been driving an EV since the mid-80s…well, actually, it was a regular car with four AA batteries taped to the carburetor, but it felt like an EV! We’re coming for you, Norway!” While Will’s comment is a joke, both his and GM’s commitment to more environmentally conscious vehicles is quite serious.

“The big game is the perfect venue for the incomparable Will Ferrell to encourage us all to reconsider what we know about electric vehicles, and to invite ‘Everybody In’,” said Deborah Wahl, GM global chief marketing officer. “We admire his passion for EVs and share Norway’s pursuit of an all-electric future.” More information can be found at GM.com.