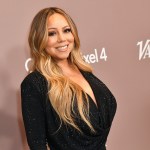 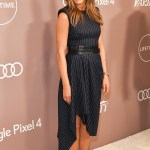 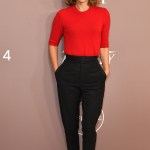 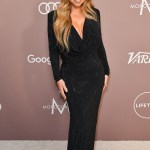 Awkwafina was one of the six stars honored by ‘Variety’s 2019 Power of Women issue. She told us at the luncheon which comedians inspired her growing up and what she’d tell showbiz newcomers.

Awkwafina‘s career has absolutely exploded over the last few years, with scene stealing turns in Crazy Rich Asians and Ocean’s 8, and she can next be seen in the upcoming Jumanji: The Next Level. But success didn’t come immediately for the 30-year-old. We caught up with Awkwafina as she was honored as one of the six Variety Power of Women class of 2019 at the Oct. 10 luncheon. She told HollywoodLife.com EXCLUSIVELY what advice she’d give a young female comedian, revealing “It’s not going to happen overnight. You have to give it patience, you have to put yourself out there. And it doesn’t matter how old you are. It’s never too late, it’s never too early.”

After all, she went from being a teenage jazz trumpet player and a rapper before putting her all into acting in her 20’s. Now she’s an in-demand actress known for her impeccable comedic timing, so much that in 2018 she became the first Asian-American woman to host Saturday Night Live since 2000.  She’s got three films in preproduction including Disney’s live action The Little Mermaid and an autobiographical TV series Awkwafina Is Nora from Queens debuting on Comedy Central in 2020. So future comedians, listen to her advice!

Awkwafina grew up Nora Lum in Queens, NY raised by her paternal grandmother after her mom died when she was only four. And she has her grandma to thank for introducing her to comedy. Even though Carol Burnett‘s variety show ended in 1978, it lived on in reruns which Awkwafina watched religiously. She told us that of her comedic inspirations, “I grew up watching The Carol Burnett Show, every night with my grandma — reruns. I watched Margaret Cho, I found her when I was seven-years-old and I just…it hasn’t been the same since.”

For the theme of the event, we had to know what Awkwafina believes makes a woman powerful. “I think owning our own stories makes us powerful…and I think sharing that power and deriving power from women like you. I think there’s a lot to be done when we come together,” she explained.