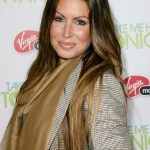 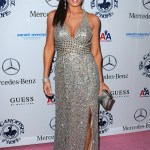 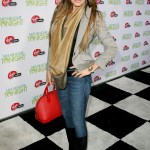 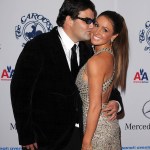 Jana Kramer didn’t hold back on an episode of her podcast ‘Whine Down,’ explaining why she confessed she hated Rachel Uchitel before apologizing, admitting ‘she’s the face of someone I don’t like.’

Jana Kramer offered Rachel Uchitel a sincere apology on the January 17 episode of her podcast Whine Down. The former One Tree Hill star, 37, got very candid on the latest installment of her podcast with husband Michael Caussin, opening up about how she felt about Tiger Woods‘ former lover, 45, before the two sat down to chat. “I hate her, honestly,” Jana said. “That’s a really mean thing to say. I don’t know her. She’s the face of someone else I hate. That’s where I feel bad, I don’t know her story.”

The singer has previously discussed how her marriage to Michael has endured infidelity. The couple, who’ve been married since 2015, have since mended their bond, penning the book The Good Fight: Wanting to Leave, Choosing to Stay, and the Powerful Practice for Loving Faithfully about the work they put into their relationship. But for Jana, she still held her reservations prior to speaking to Rachel, who appears in the two-part HBO documentary Tiger, about the golfer’s very public personal struggles.

“She’s the face of someone I don’t like. It’s going to be hard for me to take the picture of who I’m picturing and just see her,” Jana continued. But upon sitting down with Rachel to discuss her own story, Jana learned more about the woman on whom she was projecting her own personal experiences. “I always date toxic people, I always do the ‘push and pull.’ I would leave, or I would make people leave to prove that they would come back,” Rachel explained to Jana, discussing what she referred to as a “love addiction.”

After hearing Rachel be so candid, Jana expressed her regret for making such hurtful statements. “You have a story and everyone has their story, so I apologize for just straight up being, like, ‘No I hate her. She cheated, she’s who cheated probably with my husband,'” Jana told Rachel. “So I really am so sorry for just not getting to know your story before I passed judgment. Because I’m sure you’ve gotten that judgment from a lot of people.”

Rachel was put under incredible scrutiny following her 2009 extramarital affair with Tiger. At the time, Tiger was still married to his wife, Elin Nordegren, with whom he shares daughter Sam Alexis, born in 2007, and son Charlie Axel, born in 2009. Tiger debuted on January 18 and is currently available to watch on HBO.