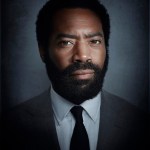 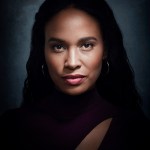 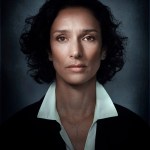 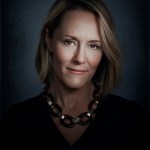 Joy Bryant joined the HollywoodLife podcast to talk about season two of the ABC show, ‘For Life’ & her character Marie Wallace.

For Life, inspired by the real life story of Isaac Wright Jr., is an incredibly topical show that follows the legal and family drama about an imprisoned man, Aaron Wallace (Nicholas Pinnock), who becomes a lawyer, litigating cases for other inmates while fighting to overturn his own life sentence for a crime he didn’t commit. In season 2, currently on ABC, we see Aaron adjusting to his new reality outside of prison, in which his wife, Marie Wallace (Joy Bryant), is now in a relationship with his best friend. In a podcast interview with HollywoodLife, Joy opened up about the “topical” show and its coverage of current events, from the pandemic to the BLM movie, while also dishing on her character’s trajectory. LISTEN TO THE FULL INTERVIEW HERE ON THE HOLLYWOODLIFE PODCAST!

Of her character Marie and her storyline in For Life this season, Joy called her a “very complicated woman.” “In the first season, she was basically in that love triangle with Aaron and Darius. And, in a sense, it was like that saying, if you can’t be with the one you love, love the one you’re with, in a way… but then Aaron gets out,” she explained. “She has to sort of reconcile an answer for the fact that that happened. And it wasn’t because she was trying to get back at him…she was left holding a lot of responsibility, with not many options, and she had to rebuild her life for herself and her daughter, and here was someone who was there for her.”

Joy continued, “In season two, it’s really coming to terms with the fact that yes, she did make that choice, and it did affect Aaron, and now she has to deal with that. But that’s part of the reconciliation that has to happen in order for them to really be back together.”

When it comes to the coverage of modern events, Joy praised the show’s ability to move with the times. “This is set in contemporary time, so we now will also be diving into many of the things that we experienced as a country and as a world this year. That includes the pandemic, also, the fight for racial justice, and the uprisings that occurred over late spring and summer,” she explained. “So these are all things that will be included and covered in the in the storylines that we’re shooting this season and that people will see.”

Joy added that the show has “moved along with the consciousness of this country.” “We were able to exist, and show so many of these themes behind the show that we were already diving into and already addressing because this timing was on our side,” she said. “It’s all the same things we’ve been talking about, but now it’s been magnified so immensely, that now people cannot ignore it. They cannot ignore these things anymore. So again, timing is on our side.”

Watch For Life on ABC, Wednesdays at 10 PM ET!