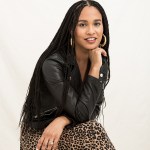 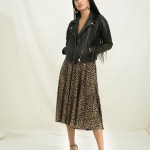 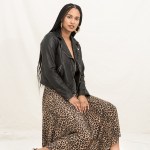 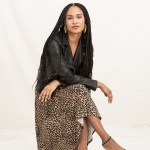 The backstory you’ve been craving about Marie is about to be revealed. HL spoke EXCLUSIVELY with ‘For Life’ star Joy Bryant about Marie’s past, getting the ‘full scope’ of Marie’s new relationship, and more.

The March 10 episode of For Life is all about Marie Wallace. Joy Bryant plays Marie, Aaron Wallace’s supportive wife. The series has revealed that Marie, years after Aaron was sentenced to life in prison for a crime he didn’t commit, is now in a relationship with Aaron’s friend Darius. Joy sat down with HollywoodLife EXCLUSIVELY and she admitted that the Marie episode will explain everything. “You see what it’s been like for her from her point of view right before everything just went to hell,” Joy told HollywoodLife. “You see how she ended up in this relationship with Darius. Because I think, at first, people when they first see the pilot were like, ‘Wait a minute, she’s with his friend. That’s so messed up.’ As life is, it’s complicated. But all those questions will be answered.”

The fourth episode will show Marie and Aaron’s relationship before it got turned upside down. Showing these happier times will help explain “how difficult it was when he went away and how difficult it was to keep that connection going,” Joy admitted. As for Marie’s relationship with Darius, Joy said: “It’s not as black and white as one would think. He’s someone who’s always there for her and it just sort of happened. In the episode, I think people will get the full scope of how that even occurred.”

While Aaron is in prison, he becomes a lawyer and works as a defense attorney for others. He’s also determined to get his own sentence overturned. Has Marie even thought about what it would mean if Aaron did get out? The series is inspired by the real-life story of Isaac Wright Jr., who reversed his own conviction.

“I think those are things as the season progresses that she will definitely consider because, at first, it’s hard to even really believe that he can get out,” Joy said. “As much as she wants to, it is pretty far-fetched. Even though you’re innocent, you got sentenced to life, you’re going to be a lawyer, you’re going to appeal your case, and you’re going to get out. That’s just a lot for her to absorb and for anyone to absorb. I think the only person besides Aaron that believes that he can do it is Jasmine. She’s hopeful from start to finish and it never wavers. Whereas Marie, she’s going to need some evidence and some time to really believe. I think that’s also her journey through most of the series. She doesn’t want to get her hopes up. She doesn’t want to get her daughter’s hopes up either, but there’s nothing she can do in terms of Jasmine because that’s her dad. She represents the sort of youthful hopefulness and naivete that we have or idealism about the future, whereas someone like Marie is like, ‘Don’t get your hopes up. This is crazy.'”