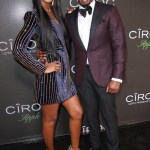 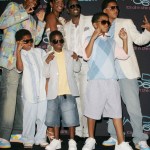 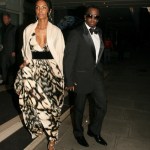 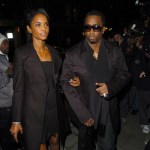 Diddy is remembering Kim Porter on what would’ve been her 50th birthday (on Dec. 15). He took to Instagram to share a video collage of family moments between the ex-couple and their three kids.

“Happy Birthday Kim! Love you forever!!,” Diddy, who celebrated his 51st birthday on November 4, wrote in the caption of his post. His celebrity friends, including La La Anthony, Kimora Lee Simmons and June Ambrose shared their support in the comments. Fans alike expressed their condolences to the hip hop icon and his family.

Kim died on November 15, 2018 from lobar pneumonia at the age of 47. Since then, Diddy has made sure to keep her memory alive through social media. More recently, he took to Instagram to remember his ex on the second anniversary of her death.

QUEEN KIM PORTER!!,” Diddy wrote alongside a series of photos that featured the couple and their kids. “IRREPLACEABLE … LOVE YOU FOREVER,” he added. In a second post, which included a black and white photo of a smiling Kim, he wrote, “The Ebony Goddess!!! I miss her so much!!! And always will!!!!” Diddy tagged Kim in both posts, like he has with most of his emotional tributes after her death.

In April, Diddy explained how his priorities as a father shifted after Kim died. “We’re really focused on our plan after this. Taking time to really ask the girls and ask the kids really what they want to do,” Diddy told his good friend Naomi Campbell on the supermodel’s YouTube series No Filter With Naomi. “Because losing Kim and now being a single father-of-six, my thinking had to change,” Diddy said in reference to his daughter Chance, 14, and son Justin, 26, from previous relationships. “I had to really get focused on their futures, ’cause I know how rough it is out there.” he admitted.

Kim and Diddy split in 2007 after an on-again, off-again relationship that lasted 13 years. They began dating in the ’90s and broke up in 1999. Kim and Diddy later reconciled in 2003, before they split for a final time (in 2007). Despite the latter, the co-parents remained close in the years leading up to Kim’s death.