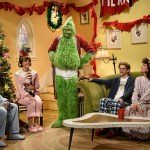 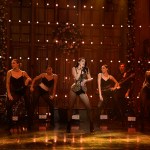 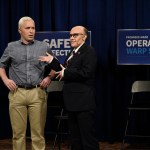 Timothée Chalamet kept the laughs coming! Hot off the heels of Dionne Warwick’s viral Tweets to celebs like Chance the Rapper, ‘SNL’ couldn’t resist having some fun.

Timothée Chalamet, 24, showed off his comedic side on Saturday Night Live! The New York City native appeared in several hilarious sketches, but kept the laughs coming as he played Harry Styles on a sketch titled The Dionne Warwick Show. The legendary singer was played by the hilarious Ego Nwodim, who was spot on as the late Whitney Houston‘s aunt. “Hello, thank you. Welcome to the Dionne Warwick talk show. Maybe you know me from my music but maybe you know me as I just discovered Twitter — and these are actual tweets I tweeted out.

Ego’s Dionne opened up the sketch right away by acknowledging her now-viral tweets to stars like Chance the Rapper, Snoop Dogg, Taylor Swift and more. “You may know me from my music, or the fact I discovered Twitter this week,” she noted, reading out the tweet she sent to Chance as an example. “Hi, @chancetherapper. If you are very obviously a rapper why did you put it in your stage name? I cannot stop thinking about this,” the real Dionne posted earlier in the week.

“How do send tweet to @SnoopDogg? Did I do this correctly?” was another tweet the actual Dionne posted to her official account. Back to the sketch, Ego’s Dionne introduced a number of celebrity talk shows — including Timothée as singer Harry Styles! “Ms. Warwick, you’re a legend — I can’t believe it. I’m Harry Styles. I’m a singer. Sort of a fashion man. I do it, for everyone,” he explained to a confused Dionne (who seemed to come around when he said his song “Watermelon Sugar” was about oral sex).

“Why is Wendy Williams being a b—- to me?” Dionne questioned the former One Directioner, referencing Dionne’s actual tweets addressed to the talk show host after Wendy brought up her past marijuana charges. “I’m sorry, I don’t know who Wendy Williams is,” he replied back, confused. “I knew I liked your a–,” she added, as Timmy’s Harry exited for Billie Eilish (who Dionne confused for Kesha). Just when the skit couldn’t get any funnier, Chloe Fineman reprised her epic spoof on Timothée! “Oh man, this is so cool!” Chloe’s Timothée gushed, laughing. “You seem young!…Okay, young man that’s enough. Now help my phone as I want to send a clap back to Wendy Williams,” Ego’s Dionne begged.

Although the Dec. 12 episode was Timothée’s first time hosting the show, he’s no stra nger to the SNL audience! The Call Me by Your Name actor has been spoofed in several past sketches, including by Chloe Fineman in a MasterClass inspired one where Chloe’s Tim taught “fashion.” “I’m really passionate about fashion. I love fashion, I love clothes, I love hoodies…Hey, what’s up MasterClass, my name is Timothée Chalamet and your mom has sex dreams about me,” she quipped in the LOL-worthy sketch, before going on to spill her “secrets” about wearing a hoodie.

“Hoodies are my favorite form of streetwear — I have 75 different ones in all shades of navy blue,” Chloe’s Tim went on, revealing one of the lessons is “layering” with a bomber jacket and hat. “I got my hat, I put it like-so — then you take your hoodie and pull it over like so,” she also explained, modeling various versions of the quarantine-approved look. The real-life Timothée has certainly proved hoodies are his clothing of choice, even opting for a bedazzled Louis Vuitton one at the London, U.K. premiere of his film The King. Designer Virgil Abloh later captioned a post of the look on Instagram, writing “texts with @tchalamet about red carpet looks turn into rare Louis Vuitton hoodies from the men’s atelier quick.”

In another sketch, Pete Davidson took on the role of Timothée in a spoof on celebrity Family Feud. “He was nominated for Call Me By Your Name, this is Mr. Timothée Chalamet!” Kenan Thompson‘s Steve Harvey announced. “Stop, come on! You’re embarrassing me! I’m so cute,” Pete’s Timmy sheepishly laughed, perfectly nailing his sweet cadence. “Man, I saw you in that movie getting busy with a peach! I guess a fish wasn’t available,” Kenan’s Steve retorted back.