Chrissy Teigen isn’t done calling out internet trolls, despite vowing to limit her Twitter time to  refrain from negativity. On Tuesday night, the supermodel, 35, shut down a Twitter user who wrongly accused her of tweeting 160 times in one hour — before calling her “classless.” The drama began when Chrissy acknowledged the shutdown of Quibi, the streaming service that carried her reality comedy series, Chrissy’s Court.

“Guess I should change my ‘Chrissy’s Court’ header,” she tweeted in reference to her Twitter image, which has since been updated to a family photo featuring husband John Legend and the couple‘s two kids, Luna, 4, and Miles, 2. The latter tweet sparked a Twitter user to reply: “It’s official. I followed you on IG and here…. at first I thought you had funny interesting stories but now I realize you just go on about EVERYTHING. Unfollow on both”. — Chrissy appears to have shared a response to this, however, it has since been deleted.

guess I should change my chrissy's court header lol goodbye quibi, only I understood uuuuuu

Yet, the deleted response still received a reply from the Twitter user, who wrote, “I didn’t say anything horrible about you. What you just did was really classless.” Are you still following? — Good. At this point in the exchange, a fan of Chrissy’s expressed the importance of being nice. That’s when the Twitter troll replied in part: “But 160 tweets within one hour is in my opinion too much. However the way she responded was completely classless.”

I haven’t tweeted for 3 days, then said 6 things. Lolllllll you are weird and angry.

Before signing off, Chrissy fired back: “I haven’t tweeted for 3 days, then said 6 things. Lolllllll you are weird and angry.”

The Twitter user then shared a screen grab in an attempt to prove that Chrissy had published  160 tweets in the past hour. Nonetheless, the person’s argument was debunked by another fan, who pointed out that the statistic actually meant that 160 tweets about Chrissy had been sent in the past hour — not 160 actual tweets written by the mother of two, herself.

Earlier in the day, on December 8, Chrissy shared on Twitter that she had removed the app from her phone in an effort to spend less time scrolling through it. “I took twitter off my iPhone so I wouldn’t check it ALL DAY LONG and I legit went from knowing EVERYTHING happening to knowing nothing, absolutely nothing happening in this world,” she wrote, admitting, “I uhhhh gotta find a balance.” 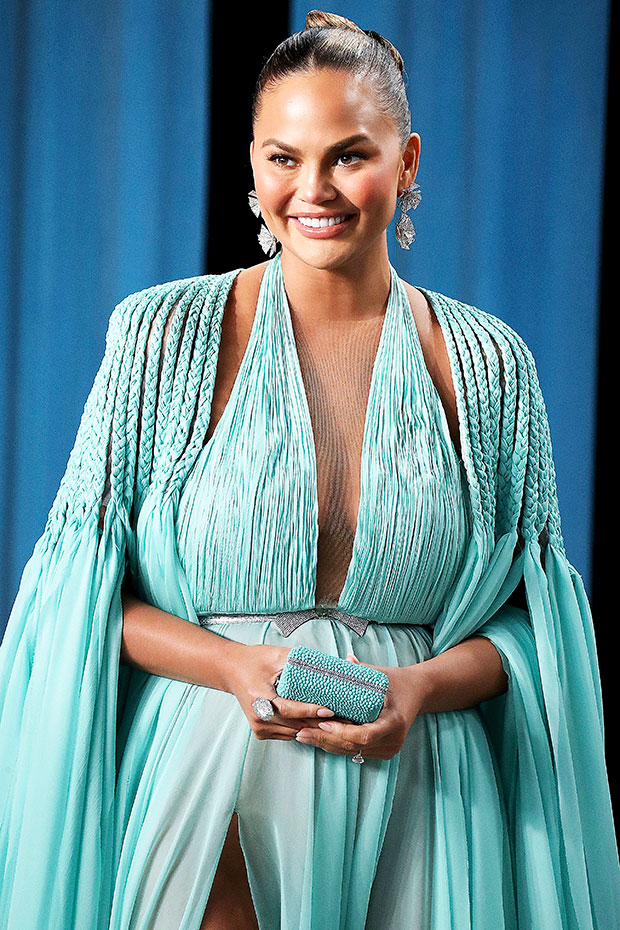 In a followup tweet, Chrissy joked, “I keep reaching for my phone to say something and….there is no app….so lonely lol.” She even added that she wasn’t in-the-know about Olivia Jade breaking her silence about her parents’ involvement in the infamous college admissions scandal — which Chrissy labeled as “a travesty,” that she missed out on the news.