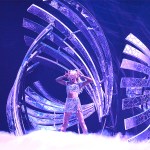 In addition to being a beauty vlogger on YouTube, Olivia Jade is also known as Lori Loughlin’s daughter, who was involved in a college admissions scandal. Now, she’s on season 30 of ‘DWTS.’

It’s been more than two years since Olivia Jade Giannulli went from beauty vlogger to the center of a nationwide scandal. The 21-year-old daughter of Lori Loughlin and Mossimo Giannulli, who paid $500,000 in bribes to get her and her sister into USC, is back in the spotlight again as a cast member on season 30 of Dancing With the Stars. As she looks to rehabilitate her image, Olivia will be putting her dance skills to the test in hopes of winning that Mirrorball trophy! Learn more about Olivia and the drama that made her a household name below:

A scandal arose in 2019 after the FBI began investigating a group of 50 parents who paid bribes to get their children admitted to elite colleges throughout the United States. Once known as a popular beauty influencer, Olivia Jade was quickly made the poster child for Operation Varsity Blues, as the FBI dubbed it, when it was discovered that her parents paid a hefty amount in bribes to get her and her sister, Isabella Giannulli, into USC. Lori and Mossimo paid a total of $500,000 to the scandal’s ringleader, Rick Singer, to set up an elaborate scheme: Olivia and her sister, Bella, would be admitted to the University of Southern California as crew recruits — even though neither girl ever rowed or intended to join the USC team. 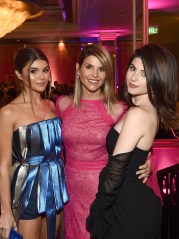 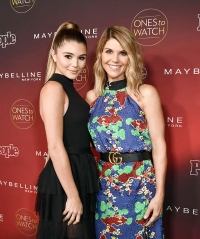 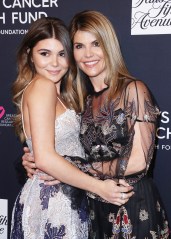 2. What Has Olivia Said About The Admissions Scandal?

While her parents were embroiled in the legal scandal, Olivia dropped out of USC, took a break from her influencer career, and went on Red Table Talk. The tense interview on Jada Pinkett Smith’s Facebook Watch show left no stone unturned. Olivia recalled the moment she found out her mom had been arrested and said she felt “ashamed” to show her face in public: “I went home and hid myself for probably like three or four months.”

Aside from this tell-all interview, Olivia has been focusing on her vlogging and not speaking out about the scandal. However, she did take a troll down in the comments of one of her TikToks. “How’s collage?” the commenter snarkily asked, using a typo. “Thank you for asking. It’s pretty good,” Olivia shot back. “I actually love collaging. I’m working on this really f**king sick scrapbook that I have to show you guys soon. It’s chef’s kiss, beautiful work I’ve done.”

3. What Does Olivia Jade Do?

Olivia Jade is a well-known beauty vlogger with nearly 2 million subscribers. Olivia has a massively popular YouTube channel that only lost a minuscule amount of subscribers amidst the college admissions scandal. However, she did lose a number of deals with high-profile brands, like Sephora, due to the legal drama.

The keen vlogger posted her first video in August 2014. Just one month before her parents were named in the case, Olivia tweeted about being a social media influencer, writing, “YouTube will always be my #1 passion. I promise I’d way rather be filming 24/7 than sitting in 6 hours of classes straight but an education is also super important to me so thank u for ur patience and letting me figure out time management.” In addition to filming YouTube videos, she has also trademarked a name for a beauty brand.

After more than a year hiatus amidst the college admissions scandal, Olivia returned to YouTube in 2021, looking to move forward. But, she clarified to her two million followers that she was not being “dismissive” of her parents’ actions. “I’m just grateful to be back on YouTube and I’m really excited for you guys to watch this video,” Olivia said in the January 21 vlog, which was taped after her Red Table Talk interview.

“I didn’t want this to come across the wrong way, and I’d just rather say something and make the video look a little weird,” Olivia then explained in what she called an editor note. “I don’t mean to say [it] in a dismissive way or a pretentious way. I think what I was trying to get across was that the thing I wanted to do the most was apologize for so long and I felt like I got to do that at Red Table [Talk]. So although I can’t change the past, I can change how I act and what I do going forward.

“I just didn’t want anybody to take it the wrong way, and be like, ‘Ugh. I went on Red Table Talk and now my name’s cleared.’ Like, no. That’s not it. Just for my own mental sanity I don’t want to keep rehashing things. I just want to move on and do better and move forward and come back, and do what I love, which is YouTube.”

Olivia is the daughter of actress Lori Loughlin and fashion designer Mossimo Giannulli. Lori famously played Aunt Becky on Full House and on the sitcom’s Netflix revival, Fuller House. She’s also starred in a number of films and series for the Hallmark Channel, like When Calls the Heart. Mossimo is best known for his self-named fashion line that once dominated the shelves at Target. After pleading guilty to their charges, Olivia’s parents both served prison sentences in 2020 — Lori for two months and Mossimo for five months. Lori has since been released, and Mossimo is spending the remainder of his sentence under house arrest due to coronavirus concerns.

She has one sister, 22-year-old Isabella Rose Giannulli, who was a student at the University of Southern California alongside her and also named in the college admissions scandal. As a result of the scandal, Olivia and Bella both withdrew from their classes at USC in the middle of the semester. Like Olivia said on Red Table Talk, “I mean, I wasn’t supposed to be there in the first place.”