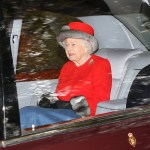 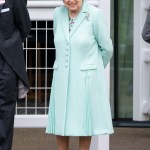 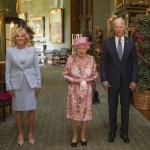 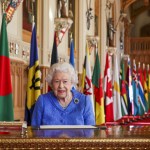 Queen Elizabeth II and husband Prince Philip are still going strong after 73 wedded years. A new portrait shows them looking at a sweet homemade anniversary card from their great-grandchildren.

The saying “Happy wife, happy life” is all the more important when the wife is Queen Elizabeth II, the reigning monarch of Great. Britain and it’s commonwealth nations. For 73 years, her beloved husband Prince Philip has been by her side, supporting his bride as she ascended to the throne in 1952. Buckingham Palace has released a portrait of the couple as they celebrated their long lives together ahead of their Nov. 20 wedding anniversary. The couple tied the knot in 1947, when then-Princess Elizabeth was just 21-years-old.

Elizabeth is now 94 and the Duke of Edinburgh is 99, — he will hit the century mark in June 2021 — but they both still look so spry in the portrait. The couple is seen beaming with pride as they look at a homemade wedding anniversary card given to them by their great grandchildren Prince George, 7, Princess Charlotte, 5, and Prince Louis, 2. Those are the children of the couple’s grandson and future heir to the throne Prince William, 38, and his wife Kate Middleton, also 38, the Duke and Duchess of Cambridge. Just look at how cute those kiddies are in the below photo taken by Kate in June 2020 ahead of William’s 38th birthday. Can you imagine them with art supplies making that sweet card with the number “73” in bright colors on the front?

A post shared by Duke and Duchess of Cambridge (@kensingtonroyal)

Elizabeth and Philip could be seen beaming over the precious card from  while in the Oak Room at Windsor Castle. The couple has been in quarantine at the castle in Berkshire since March’s COVID-19 outbreak. The Queen has recently stepped out to a few public events at a distance, such as the Nov. 8 Remembrance Day ceremony. Her first in-person public engagement came during an Oct. 15 tour of a weapons science facility near London alongside Prince William. Prince Philip retired from public duties in 2017.

Despite lockdown, the royal couple were able to attend their granddaughter Princess Beatrice‘s scaled down July 17, 2020 wedding to Edoardo Mapelli Mozzi. It took place at The Royal Chapel of All Saints in the grounds of Royal Lodge, a private estate in Windsor not far from the castle. Only 20 close family were reportedly present after quarantining ahead of the ceremony. Elizabeth and Philip were seen together in one of the photographs from Beatrice’s big day, with the couples standing at a safe distance from each other outside the chapel entrance, which was decked out in lovely flowers.

It must have brought back amazing memories for Elizabeth and Philip of their own Nov. 20, 1947 wedding, as Beatrice wore the same Queen Mary diamond fringe tiara that Elizabeth wore to marry Philip in London’s Westminster Abbey. Bea also showed love to her grandmother by wearing one of Elizabeth’s vintage gowns as her wedding dress. Beatrice donned a Norman Hartnell gown that Elizabeth wore in 1962 to the London film premiere of Lawrence of Arabia, and at the State Opening of Parliament in 1967. It must have touched Elizabeth and Philip so much to see their granddaughter pay them such a lovely wedding tribute. Hopefully the Queen and the Duke’s children and grandchildren will show them so much love like William and Kate did for their 73rd wedding anniversary.