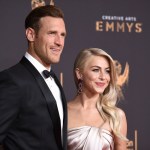 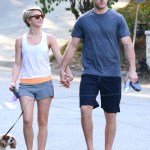 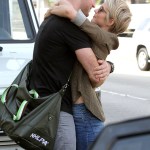 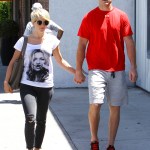 Julianne Hough officially filed for divorce from Brooks Laich on Nov. 2 — six months after announcing their separation. Despite many attempts at working through their issues, Julianne and Brooks weren’t on the same page about a number of things.

Julianne Hough and Brooks Laich are better off as friends. When it came down to their relationship, the Dancing With the Stars champion, 32, and the professional hockey player, 37, didn’t want the same things in life, a source close to Julianne told HollywoodLife, exclusively. Julianne filed for divorce from Brooks in Los Angeles on November 2, despite the couple’s recent vacation to Idaho in September. HollywoodLife obtained the official court documents.

“Julianne really wanted to put every effort into working on her marriage to Brooks before calling it quits for good,” the source said in reference to their many attempts at working through things. “She didn’t want to have any regrets, or look back one day and think about what she could have done differently. At the end of the day, Julianne has grown a lot and is just a different person than she was when they got married. She’s in a different place in her life and wants different things. It has nothing to do with Brooks or anything he did wrong,” the insider explained, noting that Brooks “is an amazing guy” and Julianne “will always hold a special place in her heart for him.”

A second source close to the singer told HollywoodLife that Julianne and Brooks simply “grew apart,” and that there’s no bad blood between them. “Julianne and Brooks are very unique people that found each other because they both leave their heart on their sleeves in almost everything that they do. They were deeply in love but as their relationship grew, it grew apart because they both had different visions about family and work,” the second insider explained.

“Julianne is very young at heart and didn’t want to settle down in her life so soon. So, after giving it some time, being apart is what’s for the best. It’s sad, but now they both can move on with their lives the way they want, which is much healthier for them both in the long run,” the source said.

Julianne and Brooks, who wed in Idaho in July of 2017, confirmed the split in a joint statement on May 29. “We have lovingly and carefully taken the time we have needed to arrive at our decision to separate,” they said at the time. “We share an abundance of love and respect for one another and will continue to lead with our hearts from that place. We kindly request your compassion and respect for our privacy moving forward.”

The news came after Julianne and Brooks had been quarantining apart amidst the COVID-19 pandemic. The athlete was staying at a property in Idaho, while the KINRGY founder was at their home in Los Angeles during the lockdown. Julianne and Brooks, who tied the knot after three years of dating, do not share any children together.