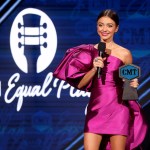 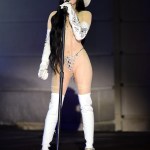 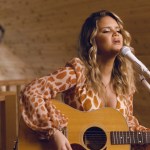 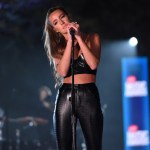 No one performs quite like Shania Twain. The 55-year-old performed her classic “Whose Bed Have Your Boots Been Under?” during the CMT Awards on Oct. 21. Shania performed from Switzerland! Jessica Chastain introduced the iconic country singer.

For the performance, Shania rocked a leopard printed top underneath a fringe vest. She took her look to a new level with silver sequined pants and matching boots. Her hair was styled in glamorous waves. She’s still one of the best performers after all these years!

The year 2020 marked the 25th anniversary of her breakout album, The Woman In Me. The album was released in 1995 and featured hits like “Any Man of Mine” and “The Woman In Me (Needs the Man in You).” The Woman In Me was actually her second album, but it was a much more critical success than her self-titled debut album.

“On The Woman In Me, I was just being myself and letting my personality come through in the music,” she tweeted on Oct. 11. “When the fans, started catching on, that was really exciting for me. To see you relating to what I was saying and celebrating the confident voice of a woman, it was awesome.”

Just one day before the CMT Music Awards, Shania looked back at an incredible moment in her long career. “This time four years ago I was on the @cmt Artists of the Year Awards stage receiving the Artist of a Lifetime award… I love music and I’m going to carry on for many more years in my life,” she captioned her Instagram video.

Shania recently teamed up with country musician Orville Peck for the duet “Legends Never Day.” The singer brought back her legendary outfit from the 1997 “That Don’t Impress Me Much” music video. Shania totally rocked that iconic leopard catsuit for the video. It was like no time had passed!