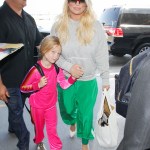 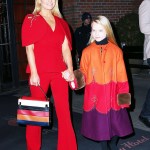 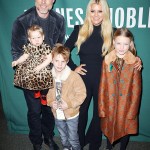 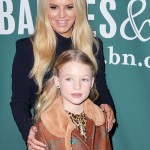 Jessica Simpson’s 18-month-old daughter Birdie Mae is already posing like a pro for the camera! The singer shared a new photo of her youngest child having a ‘Marilyn Monroe’ moment in an adorable pink dress!

Jessica Simpson has a little model on her hands! The Open Book author, 40, took to Instagram on September 24, to share a fashionable snap of daughter Birdie Mae Johnson. The adorable 18-month-old was pictured holding up the front of her pink, polkadot dress while she posed with her mouth open in awe. Birdie’s cute photo op happens to resemble the late Marilyn Monroe‘s iconic white dress moment, which Jessica pointed out in her caption.

“A Marilyn Moment,” the “With You” singer wrote alongside her post, adding the hashtag, “#BIRDIEMAE.” Fans of the Marilyn, a true Hollywood icon, will remember her historic white dress moment from the 1955 romantic comedy, The Seven Year Itch. In the Billy Wilder production, which was filmed in New York City, Marilyn plays a model whose flirty relationship with her neighbor leads to the memorable scene. — After the pair catch a movie on 52nd Street, Marilyn pauses over a subway grate to embrace the cool gust of air from a passing train. “Isn’t it delicious?,” she says in a sultry tone, as her dress blows upward. And, there you have it!

Jessica has been basking in the beauty of motherhood since 2012, when she gave birth to her first child, a daughter named Maxwell Drew Johnson, now 8. The singer, who wed NHL star Eric Johnson in 2014, welcomed her second child, son Ace Knute Johnson, now 7, in June of 2013. And, of course, Birdie came along in March of 2019. Since becoming a mom, Jessica has completely embraced this amazing chapter in her life. She regularly shares cute photos of her kiddos and the fun adventures the whole family gets into.

Jessica’s new memoir, Open Book, gives readers a deeply personal look into her personal life, before and after she gave birth to her three little ones. Additionally, she unveils shocking details about her past, involving her addiction and sobriety issues, tumultuous relationships, and a heartbreaking discussion about childhood sexual abuse. Jessica preciously revealed that she plans to share the entirety of the book with her kids — although, they are aware of some details.

“I have already spoken to them about many of the topics in the book, and I believe in being totally open with them,” she told HollywoodLife during an exclusive interview in February of 2020. “Some of it they are not old enough to digest right now, but in time we will be talking about all of it as a family.” At the end of the day, Jessica knows exactly how she wants to use her platform and inspire her three children. “My God given purpose is to use my voice, and if my voice is resonating then I am serving that purpose,” she said.