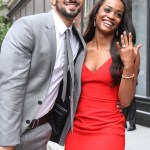 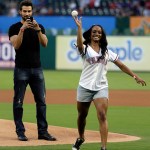 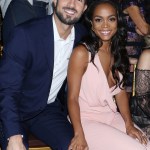 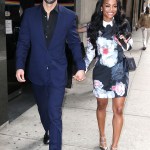 When Rachel Lindsay and Travis Mills are trying to figure out the latest ghosting in this EXCLUSIVE clip of ‘Ghosted: Love Gone Missing,’ Bryan Abasolo decides to weigh in.

Rachel Lindsay and Travis Mills are going through Shannon’s social media to see if there’s any reason her boyfriend, JayDay, would have ghosted her in this EXCLUSIVE preview of the Sept. 9 episode of Ghosted: Love Gone Missing. Rachel and Travis’s theories so far are JayDay’s baby mama and Shannon’s lifestyle, especially when it comes to her social media. On her Instagram page, there are hundreds of comments about how good she looks in her pictures.

Rachel and Travis know that JayDay liked one of Shannon’s photos after ghosting her. “He’s watching everything that she’s doing and vice versa,” Rachel says. They decide to take a look at Shannon’s Facebook page.

Back in May when Shannon and JayDay were still dating, Shannon wrote a long message about how her child has still “not met one man” that she’s dated. “Mostly because no matter how much I lie to myself about how great I think a guy is 9/10 I see the signs of these lames not being men or potential role models and I refuse to waste my child’s time,” Shannon said.

Rachel’s husband, Bryan Abasolo, walks into the room as he heads off to work. Rachel asks him to read Shannon’s message and to tell her what he would do if he were dating someone who wrote that. “I’d think she was talking about me,” Bryan says. When Rachel asks what he would do, Bryan quickly replies, “I’d ghost you.” And with that, Rachel thinks their work is done. JayDay likely ghosted Shannon after that Facebook message.

Rachel told HollywoodLife EXCLUSIVELY how she and Travis are switching things up in season 2. “Normally our allegiance was to the haunted because they’re the ones who reach out to us,” Rachel said on our podcast. “We get to know them. We’re investigating with them. There’s an allegiance there. But this season, we’re just going to go with the story and you’ll see us be very direct calling people out.” Ghosted: Love Gone Missing airs Wednesdays at 9 p.m. on MTV.