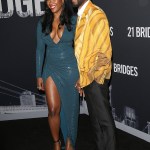 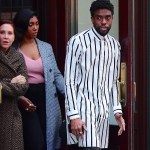 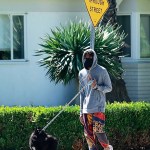 Denzel Washington said something quite powerful about Chadwick Boseman after his tragic passing at the age of 43.

Hollywood and millions of people are in mourning after beloved actor Chadwick Boseman died on Friday, August 28. The cause of his death was from colon cancer, something the Black Panther star was privately battling for four years. Denzel Washington, 65, who had an incredible impact on the award-winning actor, had this to say about him in the hours after his death. “He was a gentle soul and a brilliant artist, who will stay with us for eternity through his iconic performances over his short yet illustrious career,” his rep told HollywoodLife in a statement while adding, “God bless Chadwick Boseman.”

The Oscar winner did something amazing for Chadwick years before he became a household name. He revealed that Denzel helped pay for students, himself included, to study acting in England as part of the British American Drama Academy’s Midsummer in Oxford program, held at Balliol College at Oxford University.

“I’ve basically been holding this secret my whole career. When I came back, I got a beneficiary letter and it said Denzel Washington paid for you,” Chadwick revealed during an interview on The Tonight Show Starring Jimmy Fallon. The Training Day star later poked fun at the situation when he joked about why he hasn’t paid him back yet.

“I saw Ryan Coogler and Chad, and he said, ‘Oh, you know, I just wanted to thank you for paying,’ and I said, yeah, that’s why I’m here. I’m not here to see — I liked the movie, Black Panther, yeah, good, Wakanda Forever, but where’s my money?'” he said on The Late Show With Stephen Colbert.

The heartfelt dedications to Chadwick have been pouring in all night ever since news broke about his death. Many of his Avengers co-stars including Don Cheadle and Brie Larson spoke very highly of him on social media. “Chadwick was someone who radiated power and peace,” she wrote on Twitter. “Who stood for so much more than himself. Who took the time to really see how you were doing and gave words of encouragement when you felt unsure…Rest in power and peace my friend.”