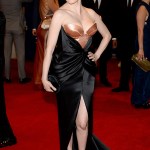 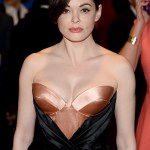 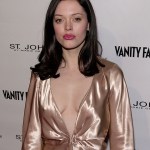 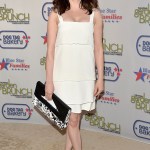 Rose McGowan fired back at Alyssa Milano in a charged series of tweets, alleging she ‘stole’ the #MeToo movement for ‘fame’, in addition to claiming she’s ‘a fraud.’

The feud longtime feud between Charmed alums Rose McGowan, 46, and Alyssa Milano, 47, is making headlines once again. Rose responded to Alyssa’s series of tweets defending the Democratic party, accusing her former on-screen sister of making The WB set “toxic” behind the scenes. “You made 250k per week on Charmed,” Rose claimed in a tweet on Saturday, Aug. 22. “You threw a fit in front of the crew, yelling, ‘They don’t pay me enough to do this s—!’ Appalling behavior on the daily. I cried every time we got renewed because you made that set toxic AF. Now, get off my coattails you f—— fraud,” Rose alleged.

1) You stole #metoo (a brilliant communication tool, not a movement) from Tarana. You co-opted my movement, the Cultural Reset, for fame, jealous of me for outing my rapist. You made 250k per week on Charmed. (Con’t) pic.twitter.com/d9HmnJEYXM

The Brave author went on to accuse Alyssa of using the #MeToo movement for her own gain. “You stole #metoo (a brilliant communication tool, not a movement) from Tarana,” Rose alleged, naming activist Tarana Burke. “You co-opted my movement, the Cultural Reset, for fame, jealous of me for outing my rapist,” Rose continued, referencing her 2017 allegations via Twitter that Hollywood producer Harvey Weinstein had raped her.

Rose concluded her series of three tweets with a video from a 2018 interview on ABC’s Nightline where she confessed she doesn’t “like” Alyssa. “I don’t like her. I think she’s a lie. Do you think I don’t know these people? I’m not looking at this from the outside,” Rose said to host Juju Chang, alleging that the Time’s Up movement was a publicity stunt for powerful Hollywood talent agency CAA, where Alyssa’s husband Dave Bugliari, 39, serves the co-head of the Motion Picture Talent department. “I know she’s married to a CAA agent. Do the math. Who’s behind Time’s Up? CAA. Where do they meet? CAA. Who needs good PR? CAA. Who’s part of the pimp problem? CAA,” Rose claimed. Of note, there’s no evidence that the agency is involved with the movement, as Rose alleged.

The feud between Alyssa and Rose dates back to their days on the Aaron Spelling produced Charmed, which ran on The WB network from 1998 — 2006. In the show, which also starred Holly Marie Combs, 46, and Shannen Doherty, 49, Rose and Alyssa played witches Paige and Phoebe. The series Over the years, a feud has also simmered between Shannen and Alyssa, which is believed to be the reason for Shannen’s 2001 departure.

Rose and anyone bleating the same “dEmOcRaTs DoNt HeLp PeOpLe” nonsense, your lies are going to hurt people less privileged than you. It’s the kind of thing an ACTUAL fraud would do. Thousands of people are dying a day but you go on with your hyperbolic attention seeking tweets.

The most recent Twitter war between Rose and Alyssa started when Rose alleged the Democratic party hadn’t “solved” issues like racial and gender inequality. “What have the Democrats done to solve ANYTHING?” Rose asked her near 1 million Twitter followers on Aug. 20. “Help the poor? No. Help black & brown people? No. Stop police brutality? No. Help single mothers? No. Help children? No. You have achieved nothing. NOTHING. Why did people vote Trump? Because of you motherf——.” she claimed.

Alyssa, who has publicly supported the democratic party on her social media accounts, clapped back with her own series of tweets. “Rose and anyone bleating the same ‘dEmOcRaTs DoNt HeLp PeOpLe’ nonsense, your lies are going to hurt people less privileged than you,” Alyssa posted o Friday, Aug. 21. “It’s the kind of thing an ACTUAL fraud would do. Thousands of people are dying a day but you go on with your hyperbolic attention-seeking tweets.” She went on, “Across the nation, on issues of abortion, women’s rights, access to healthcare, racial justice, LGBTQ rights, economic justice, and personal freedoms, at every level of government, Democrats lead the way.” HollywoodLife has reached out to representatives for Alyssa and Rose for comment, but has not heard back as of publishing time.