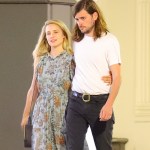 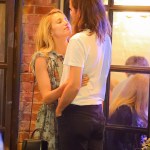 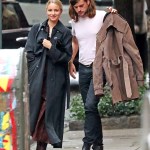 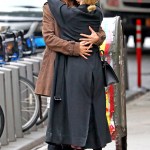 Dianna Agron and her husband of three years, Winston Marshall, have split after three years of marriage and it seems that Dianna has already started to move on. Get the details here!

Another couple has called it quits. Dianna Agron and Winston Marshall have chosen to end their marriage after three years together, according to Us Weekly. “They have been living separately since last year,” a source shared with the outlet. “[Dianna] is dating.” The two, however, are still following one another on social media as of the publishing of this post.

The former Glee star, 34, and Mumford & Sons band member, 32, were incredibly private throughout the course of their relationship. They married in October 2016 in a beautiful, intimate ceremony in Morocco. The former couple’s quiet nuptials was much like their engagement — there was little fanfare as the two got engaged over the holidays in 2015.

Prior to their engagement, the reported exes sparked romance rumors when they were spotted holding hands in July 2015. The two were seen spending time together in Paris, and a source shared with Us that Dianna had actually been a huge fan of Mumford & Sons for quite some time. After their sighting, they chose to keep the details about their relationship close to their hearts, rarely speaking about it in the press.

Before their marriage, Dianna was reportedly involved with her I Am Number Four co-star Alex Pettyfer from August 2010 to February 2011. Once their relationship came to an end, she dated Marvel Cinematic Universe star Sebastian Stan between May-December 2011. Dianna had two other serious relationships before meeting Winston. The Mumford & Sons bandmate, however, was linked to expectant first-time mom and singer Katy Perry for a time in March 2015, before her romance with now-fiancé Orlando Bloom.

Dianna and Winston become one of the latest couples to go their separate ways. A number of couples have split amid the coronavirus pandemic, when many are spending time together in quarantine. Along with Dianna and Winston, couples like Brian Austin Green and Megan Fox have announced the end of their marriage, while stars Miley Cyrus and Cody Simpson also chose to go their separate ways. HollywoodLife reached out to Dianna Agron’s rep for comment.