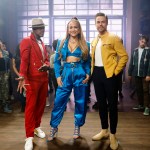 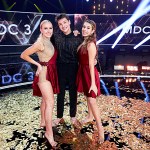 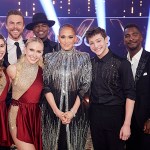 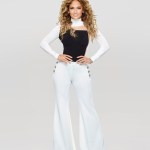 And the winners of ‘World of Dance’ season 4 are… MDC 3! The trio spoke with HL about winning $1 million dollars, if they plan to still be a trio moving forward, and more.

World of Dance season 4 came down to Oxygen, MDC 3, Jefferson y Adrianita, and Géometrié Variable in the Grand Finale. Ultimately, trio MDC 3 — Madison Smith, Emma Mather, and Diego Pasillas — ultimately walked away the winners of World of Dance season 4. The trio made history as the first junior division level dancers to win World of Dance. HollywoodLife talked EXCLUSIVELY with the trio about what they plan to do now that they’re $1 million richer.

“I’m almost 16, so I want to get a car, which I’m really excited about. I’m also going to put a lot of it in savings,” Emma told HollywoodLife. As for Diego and Madison, this money is going to help them make a big move. “I want to move to LA next year, so I’m going to save for an apartment and go on a shopping spree,” Diego said. Madison added, “Yes, definitely a shopping spree. I want to get a new car.  I’m moving to LA this year, so I’ll use some of that money to buy an apartment and save the rest for sure.”

Even though Madison and Diego want to move to LA and Emma is still just 15, the trio plans to still stay MDC 3. “We definitely have a lot of jobs lined up, so we’re going to stay a trio for as long as we can,” Madison revealed. Emma noted, “We’re also competitive dancers. Maddie just graduated, but we still have our studio starting back up in the fall. We have a few jobs lined up already, so hopefully we’ll just keep booking them.”

MDC 3 had many memorable moments over the course of season 4. There were a few moments with the judges and guests that really stood out to them. “When Derek [Hough] said that we’re all incredible dancers even on our own. That really stood out to me because he’s such a big inspiration to us and to hear those words come from him was super crazy,” Madison told HollywoodLife.

Emma really took what tWitch told the trio in the duels to heart. “When tWitch told us in the duels that if we internalize our emotions a little bit more then it’ll come out bigger to the audience,” she said. “I think we really took that and thought about it for semi-finals, and it just made our piece even more touching.”

Emma, Diego, and Madison also revealed their advice to young dancers who want to pursue dance as a career. “Make dance one of your top priorities if you’re really serious about it. Don’t be afraid to branch out into other styles of dance,” Madison said. Diego added, “Just remember that training is very important. There’s going be some bad days, but those are all part of the process.” Madison stressed to “just have fun and make sure you still love it because I definitely need to love what I’m doing in order to put all that hard work into it.”

The season 4 finale was filmed in March 2020 just as the coronavirus pandemic was beginning. The finale was actually filmed without a studio audience to protect the cast and crew. MDC 3 revealed what they’ve been up to while in quarantine. They haven’t been able to compete, but Madison said that they’ve still been able to practice in their dance studio. “It was a really nice break on our bodies coming off the show because we were beat up,” Emma told HollywoodLife. “I mean, we were really fit and ready for our competition dance to start. I’ve been very sad about it that we didn’t have any competition yet, but the break was really nice.”