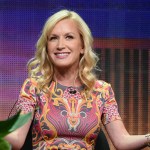 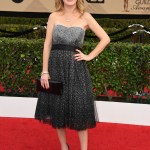 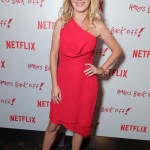 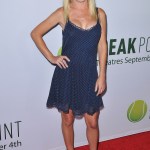 Angela Kinsey chatted EXCLUSIVELY with HollywoodLife about her thoughts on how ‘The Office’ would handle WFH, her inspiring partnership with Staples, and how she wants to show ‘gratitude for our teachers.’

Angela Kinsey is one busy (office) lady! Not only is the actress constantly picking up new jobs in binge-worthy shows like Netflix’s Never Have I Ever, hosting the Office Ladies podcast with her BFF and former Office co-star Jenna Fisher, she’s also using her platform for something truly impactful and inspiring. Kinsey recently chatted EXCLUSIVELY with HollywoodLife about her new partnership with Staples and the Thank A Teacher Contest.

Like so many, Angela is taking care of business from the safety of her home. Which made us wonder, how would the Scranton branch of Dunder Mifflin handle the work from home lifestyle change? “I think Angela Martin would be incredibly efficient,” the actress said of her character, whom she played for nine seasons and over 130 episodes between 2005-2013.

“She would probably also really enjoy the extra time with her cats; she has a lot of cats! And I think she would love that. I think Kevin would be a hot mess,” she confessed of Angela Martin’s accounting department counterpart, played by Brian Baumgartner. As for other fan-favorite characters, Kinsey pondered how fun it would be to see where everyone lives — especially Creed Bratton — and what “comedy show” shenanigans Michael Scott (Steve Carrell) would get up to on a Zoom call! Fortunately, Kinsey has had no such distractions while working on her partnership with Staples.

It’s the second year that the office supplies chain — and, for fans of The Office, the major Dunder Mifflin rival — is investing in the initiative. Across the nation, students, friends, and family can nominate a teacher that has inspired them and impacted their life for the better. At the end of the contest, 20 worthy educators will be selected to earn a $5,000 gift card to Staples to stock up on supplies for a school year that will be unlike any other, as millions of teachers still await confirmation if they will be teaching curriculum virtually, or in the classroom.

For Kinsey, this initiative hits close to home. “My sister Janet is an amazing school teacher, she is going on her 28th year of teaching,” the actress candidly shared with HL. Kinsey described how her sister will always go “out of pocket to make her classroom extra special.” And Kinsey’s sister isn’t alone. During the school year straddling 2014 and 2015, roughly 94% of public school educators used their own finances for classroom supplies and didn’t receive reimbursement, according to a New York Times article, which cited a Federal Department of Education survey.

With her personal experience and knowledge, Kinsey knows that the Staples’ Thank A Teacher Contest is a perfect way to continue a “healthy conversation about gratitude for our teachers, showing them support when they need it so much. It’s a collective way that we can all say thank you. I’m so appreciative to Staples for inspiring that conversation and I hope it’s a conversation other families have, especially as you can nominate.”

Naturally, Kinsey would choose her sister if she could nominate anyone. “Always my sister,” she told us. But whether it was hearing how her own children — daughter Isabel and step-sons Cade and Jack — light up when talking about their favorite teachers, or Kinsey’s own fond memories of Mrs. Campbell, it’s evident how much these teachers, mentors, and educators mean to her. The actress even let slip to HL that Mrs. Campbell was the one for whom she would gladly stand on a desk and cry “O Captain, My Captain,” à la Dead Poet’s Society, because her impact on the actress was so significant.

“She was my high school English teacher and she really was the person that made me believe in myself as a storyteller. And she would say, ‘Everyone has a story to tell and everyone’s story is important.’ And it just stuck with me, and she built up my self-esteem and my confidence.” The Thank A Teacher Contest is a special, essential way to give back to teachers, and you can do so by nominating a deserving educator on the companies’ official site.