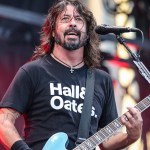 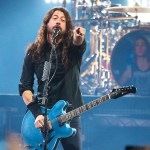 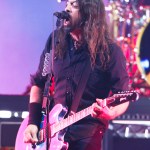 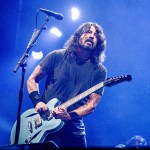 Dave Grohl spoke passionately about America’s teachers on the first episode of ‘Dave’s True Stories.’ The son of an educator, Dave insisted that America needs to protect teachers ‘like the national treasures that they are.’

Foo Fighters’ founder Dave Grohl is incredibly passionate about education — most importantly, the people who are teaching the next generation. In the first audio clip from his series Dave’s True Stories, entitled In Defense Of Our Teachers, the rockstar, 51, explained his regret for missing out on most of his high school experience while advocating for educators amid the coronavirus pandemic. The music icon, whose transcript was written in full for The Atlantic and published on July 21, went on to describe how each day he was in school, he “desperately waited for the final bell to ring,” so that he could “run home to [his] guitar.”

And while Dave went on to have an incredibly successful, lauded career in music, he revealed that his lack of focus led him to leaving school mid-way through 11th grade. “I left behind countless missed opportunities,” Dave shared. “To this day, I’m haunted by a recurring dream that I’m back in those crowded hallways, now struggling to graduate as a 51-year-old man, and anxiously wake in a pool of my own sweat. You can take the boy out of school, but you can’t take school out of the boy!”

Beyond his own personal regret of missing out on milestones and the high school experience, Dave’s connection to education comes from a familial place, namely his mother, Virginia Grohl. “My mother was a public-school teacher,” Dave shared. “As a single mother of two, she tirelessly devoted her life to the service of others, both at home and at work. From rising before dawn to ensure that my sister and I were bathed, dressed, and fed in time to catch the bus to grading papers well into the night, long after her dinner had gone cold, she rarely had a moment to herself.”

The rocker even went on to explain that his mom did all of this while working thankless jobs as an SAT Prep aide, a Bloomingdale’s associate, and more. Having seen what his mom went through to be an educator, Dave then shared with his audience that the onus is on America to give back to teachers, especially in these dire circumstances. “Every teacher has a ‘plan,’ Dave began his closing. “Don’t they deserve one too?

Among all of the roles Dave’s mother played, as an educator, she “had to come up with three separate lesson plans every single day (public speaking, AP English, and English 10), because that’s what teachers do: They provide you with the necessary tools to survive.”

The Foo Fighters’ leader continued to reiterate that “America’s teachers are caught in a trap, set by indecisive and conflicting sectors of failed leadership that have never been in their position and can’t possibly relate to the unique challenges they face.” Calling out Secretary of Education Betsy DeVos by name, Dave criticized her, saying, “Until you have spent countless days in a classroom devoting your time and energy to becoming that lifelong mentor to generations of otherwise disengaged students, you must listen to those who have.”

In closing, Dave aptly said, “Teachers want to teach, not die, and we should support and protect them like the national treasures that they are. For without them, where would we be? May we show these tireless altruists a little altruism in return. I would for my favorite teacher. Wouldn’t you?”