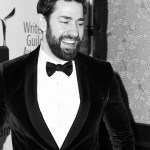 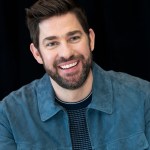 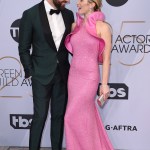 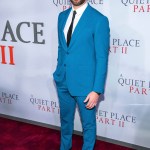 Love can do amazing things – like reunite the cast of your favorite sitcom! To celebrate two ‘Office’ fans getting engaged, John Krasinski got the whole Scranton branch together for a surprise virtual ceremony.

“You sent in the greatest proposal I’ve ever seen,” John Krasinski said to Susan and John, two newly engaged fans of The Office, on the May 10 episode of Some Good News. The lovebirds had submitted video of John getting down on one knee at a gas station, very similar to how John Krasinski’s Jim proposed to Jenna Fischer’s Pam on The Office. “Congratulations, guys. You now have proved that proposal works 100% of the time now,” said John, before responding to their invitation to their wedding. Good news! John said he could attend “only if we do it right now.” The actor then revealed he was ordained as a minister, before Zooming in the couples’ parents and friends to virtually attend this pop-up wedding. But, something was missing “You’re going to need a maid of honor,” said Krasinski. “Ladies and gentlemen, Jenna Fischer!”

That was not all – far from it. After the couple exchanged vows (following Zac Brown performing a special song for this unique occasion), Jim brought in the entire cast of The Office! “There’s only one way out of this wedding. And Susan and John, because you elegantly ripped off our proposal, I think it’s only fitting that you rip off the wedding too,” said John. So, he Zoomed in Steve Carell, Rainn Wilson, Mindy Kaling, Ed Helms, BJ Novak, Angela Kinsey, Ellie Kemper, Kate Flannery, Brian Baumgartner, Phyllis Smith, Oscar Nunez, and Creed Bratton.

As this surprise Office reunion took place, the cast recreated their dance moves from Jim and Pam’s wedding in season 6 (while Chris Brown’s “Forever” played.) Angela Kinsley danced with her cat. Brian Baumgartner wore tissue boxes for shoes. Steve channeled that mix of awkwardness and innocence that made Michael Scott so beloved. It was everything an Office fan could ask for.

“John and Susan, congratulations! So much for being a part of this,” said John, who added that this will be the first and only wedding on Some Good News. “Because,” he said, “let’s be honest – how does it get better than that? It doesn’t!”

This is the second time that Steve has appeared on Some Good News. He previously popped up on the first episode of SGN to celebrate The Office’s 15th anniversary. “Listen, I know everyone’s talking about a reunion,” John said during that talk with his friend and former co-star said. “Hopefully, one day, we just get to reunite as people. And just all get to say ‘Hi’ .”