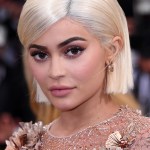 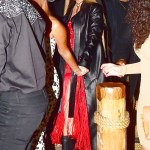 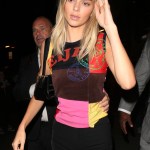 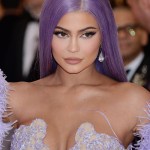 Kylie Jenner rocked a sleek, shorter bob while enjoying an early 23rd birthday celebrations with her close friends! See before & after photos of her fresh new look.

Kylie Jenner, 22, is known for changing up her look — and she’s done it yet again! The Kylie Cosmetics founder revealed a dramatically shorter hair style while blowing out some birthday cake candles on Wednesday, Aug. 5. She was out with some of her close friends — including Stassie Karanikolau and Victoria Villarroel — in advance of her 23rd birthday, which falls on Aug. 10. Kylie looked so chic with the sleek, shorter look which sister Kim Kardashian, 39, is also known to rock!

“Last night my besties took me to a last minute early bday dinner,” she wrote over one of the Instagram story posts, showing off her leather jacket and white bandeau crop top. The Keeping Up With The Kardashians star has been loving her honey highlighted longer hair lately, showing it off in various posts to her Instagram account in recent months. Her lengthy ‘do made an appearance in a sexy photo with BFF Stassie on Aug. 6, where she and Kylie modeled their matching 2005 re-edition Prada Nylon bags and logo hats (orange for Ky, green for Stassie). Her hair fell way past her waistline and nearly to her hip in the photo, proving this new look is a dramatic departure.

Kylie debuted her honey highlights while back in Feb. while vacationing with her close friends in the Bahamas! The look was also change from her usual dark hue, which she could be seen rocking just days prior at the Vanity Fair Oscar Party in Los Angeles and in many of her Kylie Cosmetics campaigns, including a recent one with sister Kendall Jenner, 24. The skincare mogul looks drop dead gorgeous either way, and we love how she can change up her look.

Since quarantine began in March, Kylie has been having a blast changing up her look, also opting for blonde and pink hair for different photos! She looked so much like sister Khloe Kardashian, 36, as she modeled a black Gucci logo bra with a blonde bob on June 23. Just a week later, Kylie stayed with the blonde but added some length before completely switching things up for a blush pink shade on June 29. “Can you guess my favorite color” she captioned the post — where she wore a risqué bra with cut-outs — for her 188 million followers (the answer is pink, of course).