Brian McKnight, 51, has worked with some of the music industry’s biggest names like Boyz II Men, Celine Dion, 52, and Mariah Carey, 50 just to name a few. It’s no surprise that he knows talent when he hears it and he thinks NBA legend Kobe Bryant, 41, had potential to make it big as a musician. “Oh for sure,” Brian told HollywoodLife EXCLUSIVELY when asked if there was potential to be a big rapper. “For sure. But knowing Kobe the way that we had gotten to know him, anything that he puts his mind to that he’s really passionate about, he’s going to give it 1000 percent. He was completely locked in and he was doing his thing.”

Before his tragic death in a helicopter crash in January 2020, Kobe had a lot of life still to live and that could’ve included more music. The LA Lakers superstar signed a deal with Sony Records back in 1999. After releasing his only solo album in 2000, Kobe had already proven his success in the industry. 50 Cent, 45, Destiny’s Child, Nas, 46, & fellow basketball player Shaquille O’Neal, 48, had already tapped Kobe to help them out lyrically.

The two worked together back in 1997 on ‘Hold Me’ off Brian’s hit album ‘Anytime.’ Kobe lended his talents both vocally and in the music video and his talents were already shining. “I didn’t really need to give Kobe advice,” Brian shared of working with the NBA Hall of Famer. “He sounded great, his flow was great.”

Basketball took a major focus for Kobe which is why he decided to hang up his mic so soon. “The problem was that the Lakers went ahead and won 3 championships in a row,” Brian revealed. “So I think it solidified that he was just going to focus on basketball after that. But I think the world lost a fantastic rapper when Kobe became an NBA champion.” 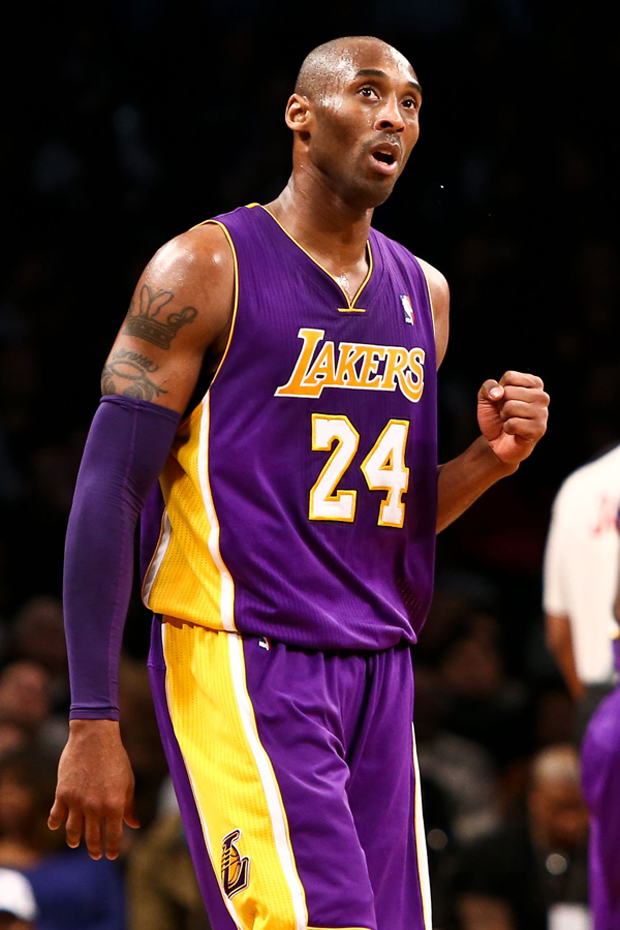 Brian is now taking this time to focus on what matters most to him — Family, as he dropped Exodus on June 26 and wants to decompress. “Maybe you’ve been doing this for so long that you take a step back because you’ve been doing this for so long so that you can be inspired again,” he said after claiming this is his last original album. “I’ll always write music, don’t get me wrong. I’ll always write something. There’s always that potential. Let’s just recharge the batteries for right now and see what happens.”