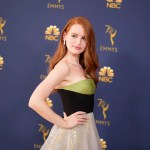 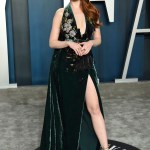 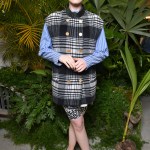 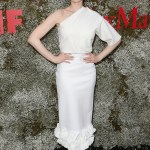 Madelaine Petsch revealed to HL that she’s missing her real-life BFF and ‘Riverdale’ co-star Vanessa Morgan since they’ve been separated due to quarantine!

Whether they’re playing Cheryl Blossom and Toni Topaz or they’re hanging out off-set, Madelaine Petsch and Vanessa Morgan are BFF goals. The Riverdale co-stars always have each other’s backs and in an EXCLUSIVE interview with HollywoodLife, Madelaine revealed that it’s Vanessa she has truly missed during these months quarantine and away from the set.

“My better half! I miss Vanessa!” the stunning redhead gushed chatting to HL. “We’re able to do FaceTime and talk on about five different platforms at once. We’re always DMing and texting, it’s just constant, but it’s weird to be apart from her. I’m used to seeing her every day 10 months of the year!”

Madelaine’s comments came just days before Vanessa revealed she was expecting her first child and her husband, Michael Kopech filed for divorce after six months of marriage. Like the incredible friend she is, Madelaine was quick to stick up for her bestie who was grossly flooded with rude comments after news broke. “Honestly, if I see one more comment like this I’ll lose it,” the Riverdale star fired back at a troll. “Vanessa is a beautiful mother to be and the hate and disrespect I’m seeing on this post about her bringing a new life into this world is disgusting.”

Exciting news… I am overjoyed to be welcoming my baby boy into the world this January 💙. This little guy has already brought me so much happiness and a feeling of such a greater purpose. I cannot wait to meet you!! On a personal note, I have had the blessing of growing up in the public eye having started my acting career at age 6. While this has been incredible for me, I am very much looking forward to giving this little guy some room to grow up outside of the public eye, until he tells me otherwise 🙂. Lil one you were made with so much love & already exude a light so strong it warms my belly. Thank you God for this blessing ☺️ I’m just so happy & can’t wait to dedicate everyday to being the best mommy I can be ♥️ “I’ll love you forever I’ll like you for always as long as I’m living my baby you’ll be 🎶 “- if you know you know #preggers 🤰🏽 #quarantine🎁 👶🏼

It seemed like Madelaine tapped into some of the Cheryl Blossom sass that she also told HL she’s been missing while being in quarantine! “I miss that fire. I need it, I want it back!” she admitted. However, during the break, she has taken on many new hobbies, like tie dying and even perfecting an at-home gel manicure.

At the same time, Madelaine partnered with AbbVie, the maker of Lo Loestrin® Fe, to empower women to research their birth control options and encourages honest and open conversations with their healthcare providers to get informed. “It’s not right for everyone, but it can be right for certain people, and I think starting that conversation is the first step,” Madelaine explained. “Always talk to your healthcare provider and your OBGYN about the options available to you and just start the conversation.”