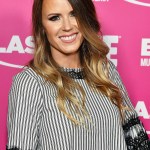 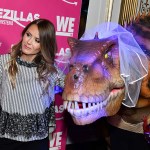 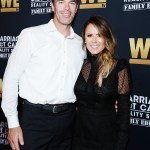 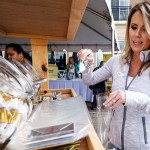 Fashion trends always come back! Ryan Sutter’s daughter Blakesley proved that when she rocked her dad’s iconic bucket hat from ‘The Bachelorette’.

Trista Sutter‘s mini-me daughter Blakesley, 11, proved that fashion trends truly are cyclical when she rocked her dad’s bucket hat that he wore on The Bachelorette nearly two decades ago! Ryan Sutter first wore the iconic navy and gold hat on the reality dating show 17 years ago, and his daughter arguably pulled it off even better than he did! “Bucket hat present vs past. Leave it to Blakesley to bring it back in style after 17 years!” Trista captioned her July 11 Instagram pic, adding the hashtags, “#buckethat #twins #thebachelor #thebachelorette #blakesleygrace.”

The photo showed Blakesley wearing the hat, which she paired with a black tee and jeans, while pouting for the camera and throwing up the peace sign. The second image in the post included a screenshot from her season of The Bachelorette which showed her husband wearing the headwear. “My 13 year old keeps asking for one too. I didn’t realize they were coming back into style,” a fan commented, while another wrote, “When did she grow up???”

Bucket hat present vs past. Leave it to Blakesley to bring it back in style after 17 years! 🌹😜❤️ #buckethat #twins #thebachelor #thebachelorette #blakesleygrace

As part of ABC’s The Bachelor: The Greatest Seasons — Ever!, the first-ever season of the Bachelorette, which starred Trista, recently aired again. Flash forward 17 years and the mom-of-two — she and Ryan also share 12-year-old son Max — live an adorable life in Colorado, which she documents on her Instagram.

Trista recently spoke to HollywoodLife, and opened up why she advises Clare Crawley and other Bachelor Nation stars to be “cautious” as they head into their seasons. “I think nowadays the contestants and the leads just aren’t as cautious. They’re younger and I just don’t think they have all the information that’s necessary in order to really be successful through this shift in life,” Trista said on the HollywoodLife Podcast.

However, she thinks Clare is going to be the perfect lead to shift things back to the way they were when she was on the show! “Clare has a great head on her shoulders and she knows what she wants and isn’t afraid to be vulnerable,” she added. “I think she’s ready. I think she’s beautiful, intelligent, creative — all the things that you have to be to be able to be a lead on this show.”