Despite Kate Beckinsale being literally twice as old as Goody Grace, these two have managed to make their relationship not just work, but thrive. Though she recently came under fire for, as one hater put it, “dating guys that could be [her] children,” Kate, 46, and Goody, 23, are “closer than ever,” a source tells HollywoodLife EXCLUSIVELY. Though she’s two decades older than him, the insider adds, “They actually have a lot in common.”

“Kate is a free spirit and she appreciates that Goody is talented,” the source tells HollywoodLife. “He’s really mature, and they can have deep conversations but also can be really playful and goofy at the same time. She just enjoys being with him and she loves him for who he is. He treats her with complete respect and what else could a woman ask for in a partner.” 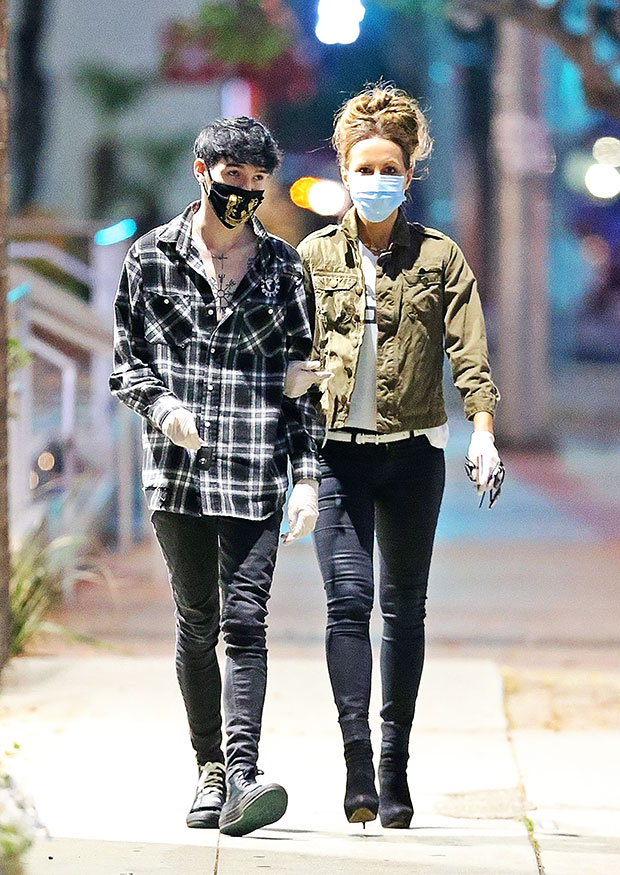 “Goody is not your typical 23-year-old,” a second source tells HollywoodLife EXCLUSIVELY. “He’s from a small town in Canada and is very grounded. He’s really new to the whole Hollywood scene so he’s not at all jaded and he’s just a total sweetheart. He’s also extremely talented and that is a real draw for Kate. She’s very attracted to talent.” This second insider adds that while there are “zero expectations” in this relationship, “neither of them are seeing anyone else.”

“She’s totally into him,” the source adds, “and he’s only got eyes for her. It’s one of those things that just seems to work and as long as it works they’re both going to keep enjoying it.”

Goody and Kate first sparked romance rumors in April, after the two were spotted holding hands while taking a casual stroll through Brentwood, California. Kate – who previously dated Pete Davidson, 26, for four months in 2019 – caught some heat over the fact that Goody is one year older than her daughter, Lily Mo Sheen. Lily, 21, was “not surprised to see her mom with Goody,” a source EXCLUSIVELY told HollywoodLife in May, adding that Kate dating younger men “doesn’t bother her.”

Kate is also not bothered by the hate from online trolls. After the Underworld star shared a video of her cat on July 1, a commenter asked, “why do you keep dating guys that could be your children?” Kate clapped back by saying, “Every relationship I have had has been solely to annoy you.”