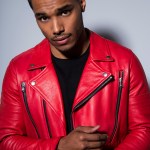 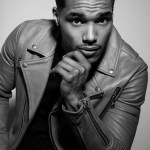 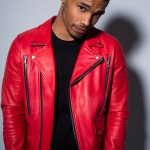 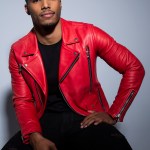 HollywoodLife spoke EXCLUSIVELY with Rome Flynn, who shared his experience at the BLM marches and why there needs to be ‘unity’ among police and protesters.

Rome Flynn, 28, has been using his celebrity platform to spread awareness and show support for the Black Lives Matter movement. The How to Get Away With Murder actor and singer, who released his latest hit, “Keep Me In Mind” in April, first joined protesters in Los Angeles following the tragic death of George Floyd on May 25. HollywoodLife spoke EXCLUSIVELY with the Emmy Award-winning star who explained what he witnessed during the protests and why there must be “unity” among police and protesters during the BLM initiative.

“When I was out there, I recognized that there were a lot of cops who were scared and a lot of them were not equipped and somewhat detached from reality to be able to understand the concept of what was actually happening,” Rome explained. “And there shouldn’t be a divide between what the police and what the protesters want. There should be unity and there’s not.”

i witnessed the police show up in riot gear forcefully hitting protesters with batons, shooting rubber bullets & tear gas to instigate wht you see happening here.
…it feels like the police have an agenda. pic.twitter.com/lobk6btFnA

“I’m Cuban and Black, but I’m perceived by anybody with negative prejudices as a Black man and our record with the police has always been tumultuous,” he continued. “It’s never really been a happy experience even when I’m on both sides of the situation. So being there and seeing how the police were interacting with the protesters, and also in our major cities across America, there is a glaring lack of leadership, lack of identity, and lack of sensitivity.”

The multi-talented star has been using his social media platform to spread awareness about the cause and shared a video to Twitter on May 30 while attending a protest in Los Angeles. “I witnessed the police show up in riot gear forcefully hitting protesters with batons, shooting rubber bullets & tear gas to instigate what you see happening here,” he captioned the short clip which showed the aftermath to what he says happened between police and protesters.

“We need police who are supposed to protect and serve the people that they work for in the community, to be able to have that training and it’s very clear that they don’t know,” the Bold and the Beautiful actor said. “It’s one of those things where police officers are so used to coming into conflict, so the only way they know how to react is by force and try to be dominant in an aggressive way. When it’s our right to be able to protest and I feel like that’s the only time when things have ever made a real change in our society. So protests is our way to advocate towards real change and people have a right to be mad.”

Rome added why he feels it’s so “important” to use his social media platform to take a stand. “It’s pivotal because I have the luxury to reach that amount of people,” he said. “I think that as creators and artists, it is also our job to be current with the reflection of life. I feel like that’s what art is, imitation of life. So I wouldn’t be an artist if I wasn’t able to reflect what was going on around me and try to project that to the people that follow me. I think it’s important to take a stand and pick a side.”