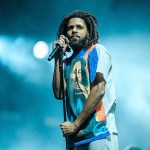 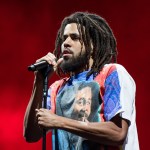 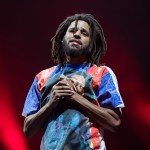 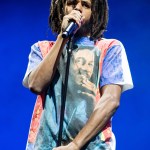 J. Cole divided fans on Twitter with his first single of 2020. Some were in awe over his ‘effortlessly poetic’ lyrics, while others accused the artist of ‘tone policing’ a female for her posts about racial injustices.

J. Cole, 35, caused an uproar on Twitter by dropping “Snow On Tha Bluff” with no heads up on June 17. This was his first new music release since 2019, but that wasn’t the only reason Cole’s name began to trend online. The song was a different take on the Black Lives Matter movement — while it dived right into the racial injustice issues that protesters are currently fighting against, it caught fans’ attentions for critiquing both himself and an unnamed “she” who has been trying to educate the public about these issues.

Cole starts the track right off by saying people are “fooled” by his college degree, rapping that his “IQ is average.” On that note, he launches into a verse about a “young lady” who is “way smarter than me”: “I scrolled through her timeline in these wild times, and I started to read / She mad at these crackers, she mad at these capitalists, mad at these murder police.” He then tackles his criticism of this activist, rapping, “She mad at the celebrities, lowkey I be thinkin’ she talkin’ ’bout me / Now I ain’t no dummy to think I’m above criticism / So when I see something that’s valid, I listen / But s–t, it’s something about the queen tone that’s botherin’ me.”

Cole’s suggestion was to instead “treat people like children” as she tries to educate them: “F–k is the point of you preaching your message to those that already believe what you believe? / I’m on some ‘F–k a retweet,’ most people is sheep / You got all the answers but how you gon’ reach? / If I could make one more suggestion respectfully / I would say it’s more effective to treat people like children / Understandin’ the time and love and patience that’s needed to grow.”

The verses led many fans to believe that Cole was calling out Black female rap artist Noname, sparking tweets like “So this J Cole song is basically, “You’re right Noname but you could be nicer about it :(” and “to explain her microaggressions and frustrations about whiteness, police brutality, and Black conscious rappers who are voiceless in this situation in a palatable tone is a classic case of tone policing.”

Noname herself even spoke up amid the rumors, writing in a since-deleted tweet, “QUEEN TONE!!!!!!” (in reference to Cole’s line about the unnamed “she” whose “queen tone” bothers him). However, not all fans agreed that Cole was coming after Noname, believing that this association was a stretch. “He’s talking about a woman he made up. A hypothetical ‘woke’ black girl. This aint a sub dis. Stop reaching,” one such person tweeted. Others didn’t touch the drama at all, instead posting sentiments like “This new J. Cole song is effortlessly poetic, just beautiful.”

While Cole doesn’t care to post too much on social media, he made sure to take a stand at a protest against George Floyd’s death at a protest in Fayetteville, North Carolina on May 30. The unarmed Black man and father, who died after fired Minneapolis police officer Derek Chauvin pinned his knee against George’s neck, has sparked a revolution in the streets and on social media which has in turn spurred many debates (as you can see on Twitter tonight).