Teddi Mellencamp uncovered a number of intimate sex secrets on the June 29 episode of her iHeartRadio podcast, “Teddi Tea Pod.” The Real Housewives of Beverly Hills star, 38, explained to guest Justin Sylvester that she uses a code word, “closet time,” when she plans to get between the sheets with husband Edwin Arroyave (about twice a week). Teddi also noted that the couple is approaching their 9-year wedding anniversary on the 4th of July. 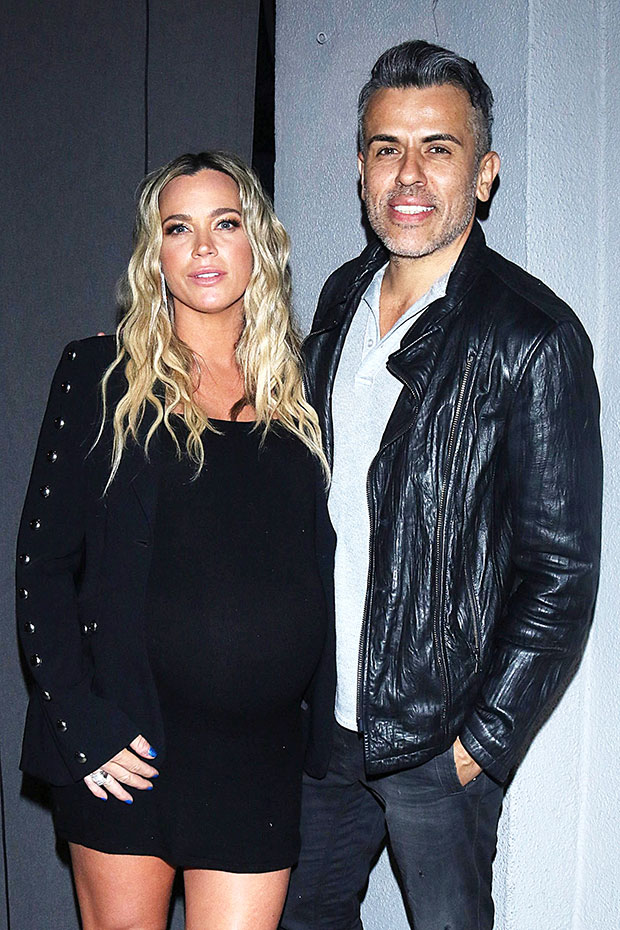 “I would not be happy having sex four times a day. I am old, I am tired and I am happy with my two to three times a week,” Teddi admitted. “You know I am about to get to my nine year wedding anniversary on July, 4, did you know that?” she asked, to which Justin countered with, “And you’re still doing it twice a week?”

Though Teddi and Edwin are sexually active, “we have code for it,” she said. — That prompted Justin to inquire if the couple “has a sex schedule?”

“We don’t schedule [sex],” Teddi noted, explaining, “But like we have to call it, because there’s always kids around. The fact that they’re not in this room is only because I bribed them with tablet time.”

As for how sex is initiated in the Mellencamp/Arroyave household? — “Do you want to have closet time, because we go in the closet,” Teddi said.

“I am sorry, you are doing it in the closet next to your shoes?” Justin asked. “Yes,” Teddi confirmed. “And we have to put down a yoga mat, or it really hurts the knees.”

She continued, “We’ve got closet time. Then you’ve got to pick a music genre and then we’re good to go. And then we make jokes about how many songs it lasts. I’ll say babe yes, totally, but it’s like a two song-er today, like we got to keep moving. I’ve got a podcast with Justin at 11:30.”

@tedditeapodcast is back and who better to spill some 🍵 with than the hilarious & always amusing @theladysitter. We are breaking down all of the quarantine breakups, how communication is key, and other fun tidbits. So grab something to sip on, put in those earbuds and get ready to laugh with us! Listen wherever you find podcasts. #linkinbio

Teddi and Edwin, a security company CEO, tied the knot in July of 2011. They share three kids: son Cruz, 5, and  daughters Slate, 7, and Dove, who Teddi gave birth to in February naturally after previous fertility struggles. The mom of 3 recently revealed that she’s just 9 pounds away from her pre-baby weight in a candid postpartum update that included photos.