Barbershops have been open in Los Angeles since the end of May, but it seems Brad Pitt hasn’t been able to swing by for a trim. The 56-year-old Oscar winner showed off his long hair during United We Sing: A GRAMMY Tribute to the Unsung Heroes on Sunday, June 21. In the CBS special, Brad spoke with a New Orleans sanitation worker named Darnell Rudolph, via Zoom. Surprisingly, it was Darnell who thanked Brad for helping the city after Hurricane Katrina in 2005. During the chat, the shaggy Brad asked Darnell about his family. The unsung hero said that he, his wife, and four kids were “holding up pretty good. Everyone’s staying healthy, that’s the main thing. … a lot of games, a lot of playing cards, a lot of Monopoly.”

United We Sing was put together by New Orleans’ Harry Connick Jr., who toured the city alongside his daughter, Georgia. Together, they thanked many of the essential workers with the help of celebrities like Brad, Jamie Foxx, Sandra Bullock, and Oprah Winfrey. “There was this one guy who’s a sanitation worker in New Orleans. We talked to him, and he said, ‘Why are you talking to me?’ Georgia and I are like, ‘Because our lives, they would suck without you,'” Connick told Entertainment Tonight. “Brad Pitt was on a Zoom on the iPad, we flipped the iPad around, and Brad Pitt says, ‘Hey man, I just want to thank you,’ and the guy goes, ‘Oh wow!'” 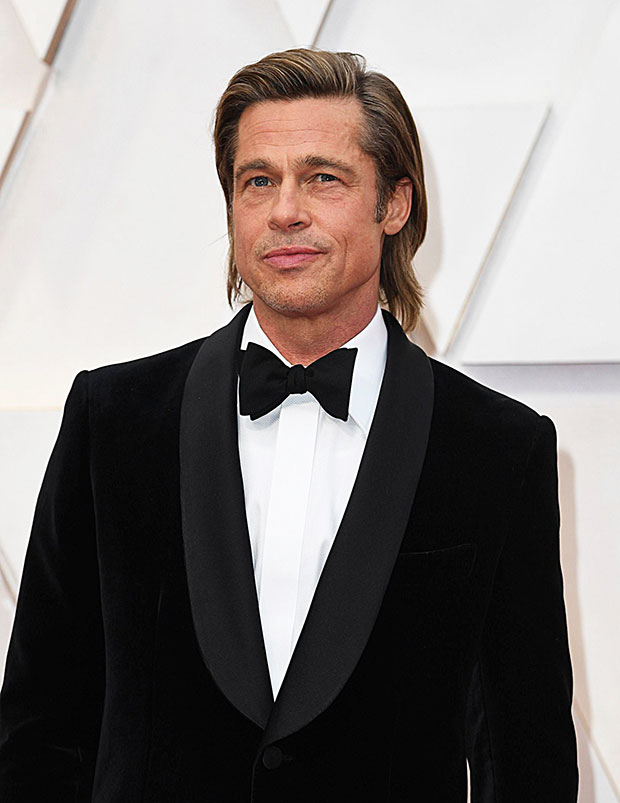 The special was filmed before the death of George Floyd and the Black Lives Matter protests that took place all across the country. Many celebrities joined the millions calling for the end of systemic racism in America, and Brad was one such star. He took part in a June 7 demonstration in Los Angeles, wearing a GEORGE FLOYD sweatshirt while riding his rare BMW motorcycle. Though he attempted to conceal his identity by wearing his helmet during the protest, fans figured out it was him. After all, be it in a helmet or with long hair, it’s hard not to recognize Brad Pitt.

“As a father of a Black child (Zahara Jolie-Pitt, 15, his daughter with ex-wife Angelina Jolie), it’s an issue close to his heart,” a source told HollywoodLife EXCLUSIVELY. “He’s always been known to fight and support what’s right, and that is exactly why he was there. He wants to be on the right side of history.” Along with protesting, Brad has worked for more inclusivity in Hollywood with his production company, Plan B Entertainment. The company has produces such films as 12 Years a Slave, Selma, Moonlight, The Last Black Man in San Francisco, and If Beale Street Could Talk.