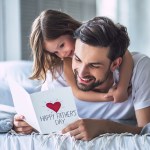 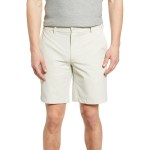 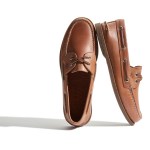 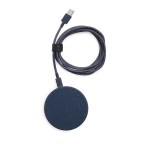 Cameron Mathison is bursting with ideas for the perfect Father’s Day gift. It’s not lost on him that this year especially he and his family have plenty to celebrate.

Ask Cameron Mathison, 50, what type of Father’s Day gift he loves the most and his answer is both simple and touching.

“The one thing that’s the most important, hands down, if I got nothing else, 100 percent [it] would be a handwritten Hallmark card,” the Home & Family co-host and dad-of-two tells HollywoodLife EXCLUSIVELY.

“I save them all, so I go back and read them. That moment in time, the feelings, what’s going on in their lives. All of that. And also the sentiment of the card that they decided to get. It’s a big deal for me,” the dad-of-two adds.

Father’s Day is on Cameron’s mind a lot lately. And it’s not just because he’s collaborated with Hallmark Cards to collate his Father’s Day Gift Guide. It’s because – after successfully beating kidney cancer – he feels like he’s been given a second chance at life and at being a dad.

“When I got the call that I had kidney cancer, the first thing that came to my mind was my kids,” says the former All My Children star who is dad to Leila, 13, and Lucas, 17. “Instantly. It’s incredible. Like your life, what your priorities [are] and what’s important to you, without any thought, instantly comes up.”

Cameron’s fans were stunned in September 2019 when he announced on Instagram that an MRI scan revealed that he had a tumor on his right kidney. Thankfully, after having an operation to remove the growth, nearly 10 months later he is cancer free.

“Last week [I got] my results for my follow-up CT scan, my X-ray and my bloodwork and I am absolutely cancer free,” he says. “Everything looks great. No tumors. No regrowth and I feel good.”

Woo hoo! #ad I’ve teamed up with @Hallmark Cards to showcase some of my favorite gift ideas for the dad in your life. Here are some of my favorites, but go to Hallmark.com or my last Instagram post to see the full gift guide:) Happy Father’s Day to all the dads out there:) #Sponsored #Hallmark #HallmarkCards #CardsDoMore #CareEnough #Father’sDay #Father’sDayGifts #prouddad

So good in fact that he and his family plan to resume their tradition of celebrating Father’s Day on the golf course. Aside from receiving a handwritten card and playing golf, Cameron has created a list of gifts that he thinks most dads would be pleased to get – from a Hallmark Best Parent Ever coffee tumbler to a four-person tent. (Obviously a set of golf balls also make an appearance on the guide that he’s sharing with fans on his Instagram account.)

But for the former soap star, who has been married to his wife Vanessa Arevalo for 18 years, just being here to celebrate Father’s Day at all is worth celebrating. “It feels like almost the first one, somehow,” he says. “It almost feels like the first one of the second round of the second chance at life or something.”