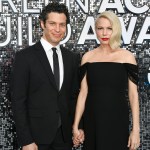 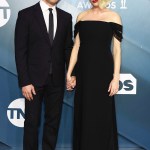 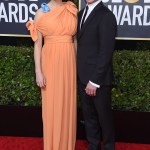 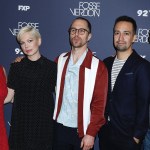 He or she is here! Michelle Williams has welcomed a newborn infant into the world with husband Thomas Kail. The baby is the first child for the newlywed couple.

Congratulations are in order for Michelle Williams, 39, and her husband Thomas Kail, 43. The Blue Valentine star has given birth to their first child, several months after the pair after secretly tied the knot in March 2020. While the sex, name and date of birth for their bundle of joy hasn’t been released, Us Weekly reports on their June 17 Hot Hollywood podcast that the baby has arrived. Michelle had sported her growing bump during the 2020 awards season, where she picked up the Screen Actors Guild and Golden Globe Awards for Best Actress in a Limited Series for her work on Fosse/Verdon.

It was during that F/X limited series where Michelle and Thomas met and fell for each other. He was her director, and she played legendary dancer/actress Gwen Verdon. If there’s one thing for certain, their new baby is going to have an amazing pedigree in the cinematic and theatrical arts. Michelle is one of the most talented actresses of her generation, while Thomas directed the original Broadway stage run of the blockbuster musical Hamilton, in addition to Lin Manuel-Miranda‘s first musical In The Heights.

In Dec. 2019, it was first reported that Emmy winner Michelle and Thomas were more than just an undercover item. According to PEOPLE, the four-time Oscar nominee was engaged to and expecting a baby with her beau and they kept it a secret for THREE months! By that point she was starting to show, so the baby news wasn’t going to stay a secret for very long.

Michelle is already a mother, as she has a 14-year-old daughter Matilda Ledger by her late boyfriend Heath Ledger. In that instance, Michelle also found love on the the set, as she fell for Heath as they filmed 2005’s Brokeback Mountain. Matilda was born on October 28, 2005 and the film hit theaters less than six weeks later on Dec. 9, 2005. It earned Heath a Best Actor in a Leading Role Oscar nomination and Michelle a nod in the Best Supporting Actress category (neither won). The pair broke up in 2007 after three years as a couple, and Heath passed away from an accidental prescription drug overdose on Jan. 22, 2008.

Michelle went on to date actor Jason Segal and director Spike Jonze. She secretly married musician Phil Elverum in July 2018, giving the scoop to Vanity Fair. The intimate ceremony took place in the Adirondacks and was attended by just close friends and family. But the pair called it quits less than a year later, splitting in Apr. 2019. Fourteen months later, Michelle is a new bride and mom!