Michael Strahan made headlines instead of reporting them after news that he made strong comments about working at ABC during a June 4 town hall meeting with staffers came to light on June 16. The Super Bowl champion, 48, expressed that he felt he was unable to “raise his voice” at ABC — where he currently co-anchors Good Morning America among other programs — because of his race, according to The Wrap. Immediately, speculation rose that he specifically pinpointed his time as a co-host with Kelly Ripa on Live! because of his abrupt exit in 2016.

Nonetheless, the latter isn’t true. “He never said Live! or [mentioned] Kelly. He was talking about his overall experience with ABC as a whole,” a production source at the network told HollywoodLife, exclusively. 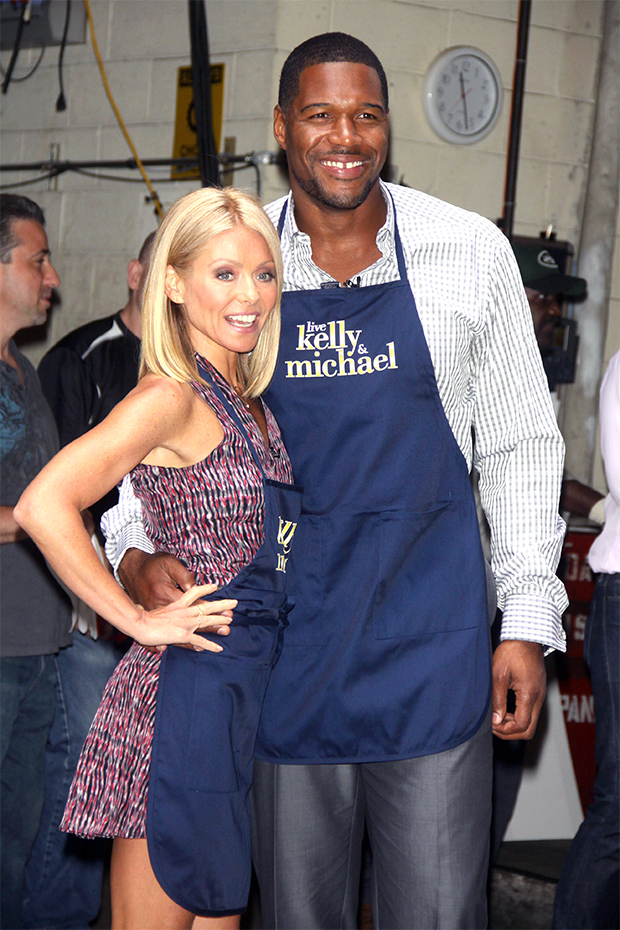 A second source close to the network had a similar explanation. “Michael’s claims must have had nothing to do with Live!, because when he was on the show he never backed down from speaking to anyone and everyone, to the point where he created conversations with the executives and all sorts of people on set,” the source revealed. “The idea that he held back for racial reasons is a serious thing to say and something everyone should take seriously — but in this case, if he is claiming this was the case around Live!, it just isn’t accurate.”

ABC News underwent a major staffing change just days after the June 4 town hall. Top ABC News executive Barbara Fedida was placed on administrative leave while the company investigates reports that she allegedly used insensitive and racist language while addressing staff, according to the Huffington Post, which was first to report the news. On June 15, the women of The View addressed the latter, and reiterated ABC’s statement in response to the Huffington Post‘s article.

“There are deeply disturbing allegations in this story that we need to investigate, and we have placed Barbara Fedida on administrative leave while we conduct a thorough and complete investigation,” the statement from ABC read. “These allegations do not represent the values and cultures of ABC News, where we strive to make everyone feel respected in a thriving, diverse and inclusive workplace,” the statement concluded.

Back in January, Strahan seemed to throw subtle shade at his former co-host, Kelly, while addressing the status of their relationship, four years after he left the show. Strahan told The New York Times that he doesn’t “hate” Kelly, nor did he have any intention to hurt her by leaving the show.

Strahan explained that he simply didn’t want to be her “sidekick” anymore. He also acknowledged the way he left Live! “could have been handled better.” His exit in 2016 came as a clear shock to Kelly, who, it was later revealed, had only heard the news just moments before they went onstage.

Loyal Live! viewers may know the rumors that swirled leading up to Strahan’s exit. His relationship with Kelly, 49, was reportedly souring behind the scenes over a number of issues. In April 2016, Strahan announced on air that he would be leaving Live! for Good Morning America — without telling Kelly first. She went on to take the next two days off, along with a planned long weekend away.

When she returned to the show, Kelly announced that Strahan’s last episode co-hosting would be pushed up to May, instead of September as previously planned. She went on to host Live! solo for nearly a year with a rotating cast of celebrity co-hosts. Ryan Seacrest came on as her permanent co-host in May 2017, officially making the show Live with Kelly and Ryan — no exclamation point.