Dylan Minnette stepped out rocking his new pink do’ on Monday night with girlfriend Lydia Night. The 13 Reasons Why star, 23, and the 19-year-old musician were photographed hand-in-hand as they left celebrity hotspot, Catch in West Hollywood. Dylan and Lydia donned matching protective masks amid the COVID-19 pandemic, which read,  “How do you love?” over their mouths, along with red hearts. 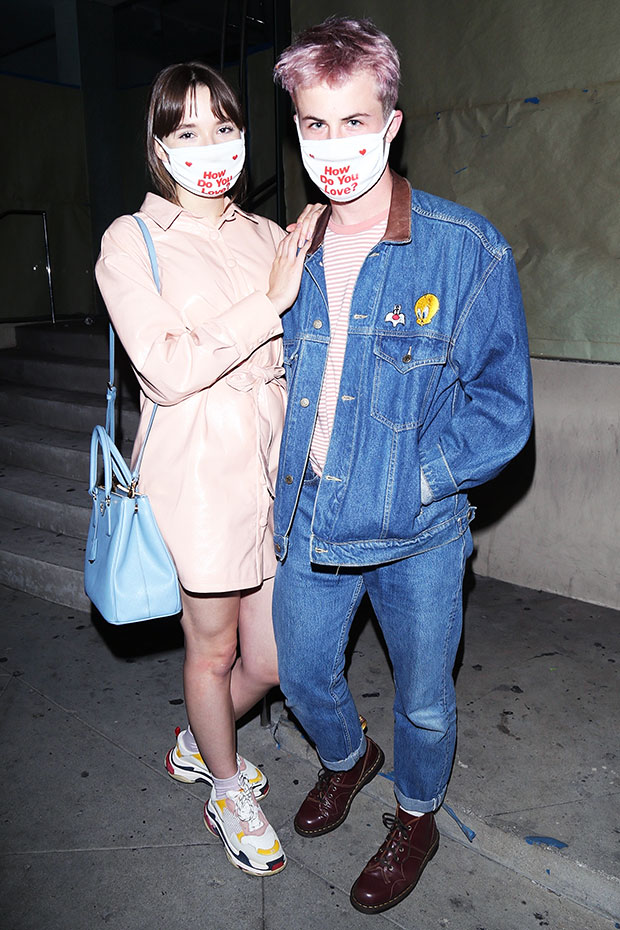 The actor, who recently finished filming the final season of Netflix’s 13 Reasons Why, wore a head-to-toe denim outfit that consisted of a jean jacket and pants with the bottoms folded up. Dylan wore a striped tee under his jacket, which featured Bugs Bunny characters above the left breast. He stepped out in a pair of maroon ankle boots. Meanwhile, Lydia looked pretty in a cream-colored dress and sneakers.

(Photo credit: Dylan Minnette/Instagram)
Dylan debuted his latest hair makeover in a series of Instagram selfies on May 26, captioned, “heh heh.” His pink locks were much bolder in the photos, as his dye job was still fresh at the time. He posed with a poker face in the first snap, and a silly grin in the second.

have a good week stay hydrated!

(Photo credit: Dylan Minnette/Instagram)
This isn’t the first time Dylan has switched up his naturally brown tresses. Actually, he’s had a plethora of hair colors from 2019 to the present day. Last summer, the actor dyed his hair a blueish-green color, and brought it back in February when he opted for deep blue hair. Also in February, Dylan sported bleach blonde hair, as seen on his girlfriend’s personal Instagram account.