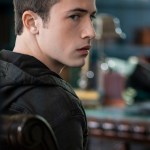 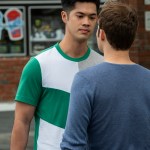 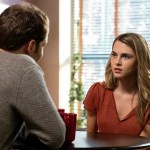 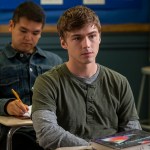 Netflix announced that the groundbreaking teen drama’s final season will debut June 5. The streaming service released a touching video of the cast’s emotional final table read and more. Cue all the tears!

It’s time to say goodbye to 13 Reasons Why. The hit Netflix drama series will release its final 10 episodes on June 5. After 4 seasons, this cast has become family. They are bonded forever by this experience. Netflix released a video of the entire cast at their final table read, and it was full of tears. Dylan Minnette, Alisha Boe, and Brandon Flynn come together for a sweet bear hug as they read the script.

Justin Prentice cries on set in the video, which hints that Bryce will be returning in some type of flashbacks. Alisha cries on set and opens up about how much this show has meant to her. “I will never forget this experience for the rest of my life, so thank you,” she says. At one point during the table read, Brandon kisses Alisha on the cheek. Justin and Jessica forever!

One of the most touching moments of the final season video is when Dylan and Brandon have their arms around each other as they read the script. They’re looking at each other with tears in their eyes. Clay and Justin have come a long way since the first season. Like Dylan and Brandon, Clay and Justin are brothers. Playing behind the emotional table read and on set moments is Lord Huron’s “The Night We Met,” the same song that played when Clay and Hannah danced in season 1 and when Clay went back to the school dance in the season 2 finale.

The season 4 logline reads: “In the series’ final season, Liberty High School’s Senior Class prepares for graduation. But before they say goodbye, they’ll have to keep a dangerous secret buried and face heartbreaking choices that could impact their futures forever.”