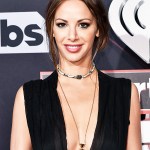 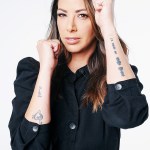 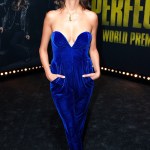 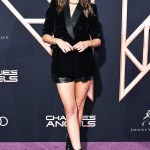 Kristen Doute reached out to her former co-star Faith Stowers to apologize in private, after she was fired from ‘Vanderpump Rules’ for falsely reporting Faith to the police back in 2018.

Fired Vanderpump Rules star Kristen Doute issued a private apology to former cast mate Faith Stowers after she falsely reported her to the police in 2018 for a crime she didn’t commit. The racist incident, which also involved Stassi Schroeder, led to the pair being fired from the hit Bravo reality show. A source close to the situation told HollywoodLife that Kristen felt it was necessary to apologize to her co-star in private over Instagram DM. “Kristen was incredibly distraught over the entire Vanderpump Rules firing situation and she still is,” the source told us.

“Kristen reached out to Faith directly with a genuine apology and she feels upset to hear Faith saying otherwise. She didn’t advertise it because she wanted the apology to be taken seriously. Kristen feels sad to watch Faith do this. She feels she continues to come after her. Kristen has already lost everything she worked for.”

Just days after former star Faith Stowers opened up about being the only black cast member on the series, Bravo revealed the duo had been fired from the show, along with Max Boyens and Brett Caprioni, for all of their past racist actions.“Bravo and Evolution Media confirmed today that Stassi Schroeder, Kristen Doute, Max Boyens and Brett Caprioni will not be returning to Vanderpump Rules,” the network said in a statement to HollywoodLife.

During an Instagram Live interview on June 5, Faith revealed that her former SUR colleagues called the police on her in 2018 for a crime that she didn’t commit (they actually confirmed this during an appearance on a podcast in 2018). Then, two days later, both Stassi and Kristen issued public statements about Faith’s allegations, and apologized for their actions. Although Kristen is seemingly taking responsibility for her actions by apologizing to her former cast mate in private, the damage was already done, and she has since been fired from the series.