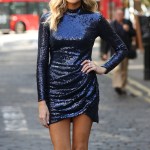 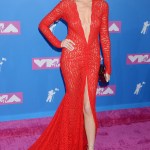 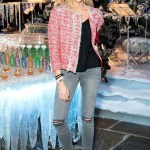 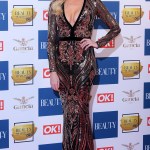 ‘The Hills’ star, Stephanie Pratt, has sparked outrage with her tweet about the George Floyd protests across America, as she urged officials to ‘shoot the looters’ in her message.

Stephanie Pratt commented on the protests following George Floyd’s brutal death at the hands of a white police officer, and fans are not happy about what she had to say. “Shoot the looters,” Stephanie wrote, in reference to people who broke into stores and stole goods amidst the riots. “[They’re] using this tragedy as their excuse to rob and burn all of our towns down.”

Her tweet is similar to what president Donald Trump wrote following some of the first protests on May 28. Trump’s tweet, which read, “Looting leads to shooting,” was flagged by Twitter for ‘glorifying violence.’ Meanwhile, in addition to her “shoot the looters” tweet, Stephanie also wrote, “Get it together America. Anyone else sobbing watching their town being burned down? Where the f*** is the National Guard?”

Of course, The Hills star’s tweets inspired a lot of backlash. Many fans were also quick to point out that Stephanie herself was arrested for shoplifting back in 2006. She was charged with second degree theft after stealing $1,300 worth of clothing from Neiman Marcus at the time. Once in police custody, officials also found drugs in her possession, but she was never given any drug-related charges.

“Why would you tweet something so stupid?” one person asked Stephanie. “Have you not learned anything from your Commander in Chief’s tweets? You’re [inciting] more violence.” Someone else wrote, “Wow, meanwhile, no one shot you while looting at Neiman’s,” and another person added, “Looks like she benefitted from police bias in [her] arrest, too. No way she’d be free today if she’d been black and been found with that much stolen merch AND a purse full of drugs.”

Protests have broken out across the country following George Floyd’s death on May 25. The 46-year-old African American man was arrested after being accused of using a counterfeit $20 bill at a deli. He died when a white police officer, Derek Chauvin, handcuffed him and used his knee to hold George’s neck to the ground amidst the arrest. Chauvin held George down for more than eight minutes, while George yelled out, “I can’t breathe.” A video from the scene has gone viral in the aftermath of the killing, and Chauvin was charged with third degree murder and second degree manslaughter on May 29.