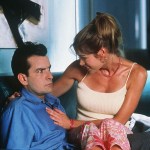 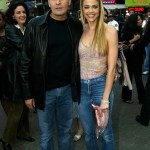 Denise Richards opened up about divorcing Charlie Sheen while 6 months pregnant with daughter Lola on tonight’s ‘RHOBH,’ going on to clarify rumors that the pair had a ‘wild’ relationship!

Denise Richards, 49, doesn’t have anything to hide about her 2006 split from Charlie Sheen, 54. “It was a very dark time and very toxic and I filed for divorce when I was 6 months pregnant with [Lola],” she said on The Real Housewives of Beverly Hills, referencing the pairs’ now 14-year-old daughter. “I always did whatever I could to hide Charlie’s behavior. How do you tell kids what’s really going on? I would say ‘Dad has to go to work, but he loves you so much, he wants to be there for you girls,'” she added.

The Bold and the Beautiful star went on to clear the air about rumors that she and Charlie had a “wild” relationship. “A lot of people have an impression of me being wild and crazy, but Charlie was sober when we got married so we were not this swinging couple like people might assume,” the Illinois native said in a confessional interview on the May 20 episode. “We weren’t,” she confirmed.

Denise and Charlie first crossed paths when working together on 2000’s Good Advice, however, didn’t began dating until she appeared as a guest star on his show Spin City in 2001. The couple got engaged of December of that year, and tied the knot in a lavish June 2002 ceremony. Denise gave birth to their daughter Sam, now 16, in 2004 but sadly announced they were splitting two years later after Charlie’s relapse. At the time, Denise was also six months pregnant with their second daughter Lola.

Despite past drama, the exes appear to have a great co-parenting relationship when it comes to their two kids. The Wild Things actress even invited Charlie to attend her 2018 wedding to current husband Aaron Phypers. “No matter what’s gone down with Charlie and I, I invite Charlie to anything having to do with the kids and I,” she said in a RHBOH episode documenting her Malibu nuptials. “Even if he did bring a prostitute as his date, I wouldn’t care. It’s just, it is what it is,” she joked. In addition to Sam and Lola, Denise is also a mom to Eloise Joni, 7, who she adopted in 2011.