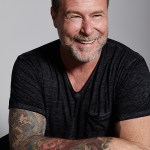 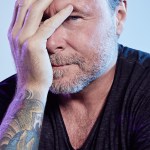 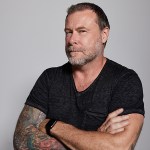 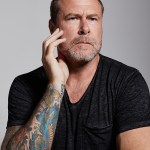 After his daughter Stella, 11, endured harsh bullying in school, Dean McDermott revealed to HL she’s in a much better place after changing schools.

Parents have become teachers and most children are being homeschooled until further noticed in the US due to the current pandemic, and this includes celebrity parents! Dean McDermott spoke to HollywoodLife.com in a virtual podcast and revealed this time at home is a good “pause” for his kids Stella, 11, and Liam, 13, who both went through painful bullying experiences this year in their respective schools. “This was a really nice alternative for them to kind of get away and decompress from the bullying issues. It’s nice that we’ll get to go into next year with a clean slate to give them time to to heal and process of what they went through,” Dean explained in the EXCLUSIVE interview.

He went on to advise parents to “really listen to what your kid is saying” when they’re reporting bullying to you. “We tend to think they’re being melodramatic or it might not be 100 percent true. Like, what had happened with Stella, there was part of me that was like, ‘I just don’t know if I believe that.  I don’t believe a child at eleven would save those kinds of words,'” Dean said. On his podcast, Daddy Issues,  the 53-year-old revealed the bully called Stella the c-word and “made reference to plastic surgery that my wife hasn’t had and it being bad.” “The school dealt with it beautifully,” Dean told HL. “But there was so much trauma left behind. Stella just couldn’t go back. That’s why we had to change schools.”

Dean, currently quarantining with his wife, Tori Spelling, and their five children, has also had a big hand in homeschooling his brood, which he detailed to HL! “That was really a game changer, because I am not a teacher. I am not good at it. So it added a whole other level of pressure,” he laughed. “So, it’s kind of overwhelming at times because you have to keep them fed and make sure they’re tame and on track on school. It’s tough, but most importantly everyone is healthy. And, being with them all the time is really valuable. It really is.”

Dean, joined by Adam Hunter and Nicky Paris, continued to shoot his podcast Daddy Issues virtually, which is a hysterical must-listen, especially while in q-tine! Listen to the full HollywoodLife Podcast with Dean McDermott here!