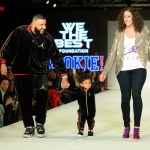 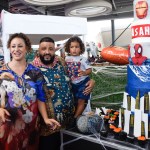 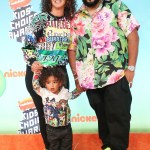 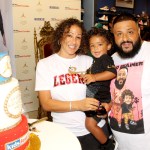 When a fan began twerking in short-shorts during an Instagram Live with DJ Khaled, the producer covered his eyes, while begging her to stop and ‘talk to [him] normal.’

As a married man with two kids, DJ Khaled is NOT about random women showing up to his social media pages to twerk. Khaled went on Instagram Live on May 3, and interacted with fans during the chat, but he got much more than he bargained for when he linked up with a female fan during the video chat. The woman was wearing a super skimpy bikini top and pink short-shorts, and she turned her backside to the camera to begin twerking. Khaled’s eyes nearly bulged out of his head as he asked her to stop. “I got love and everything, but I got family,” he explained.

However, the woman was not hearing it. Instead, she took things a step further by grabbing a bottle of water and pouring it on her backside. At this point, Khaled didn’t know what to do, so he covered his eyes and continued begging her to please stop. “Talk to me normal, talk to me normal,” he insisted. When she didn’t listen, he had no choice but to end the video stream and stop her from appearing on his page.