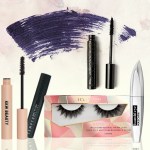 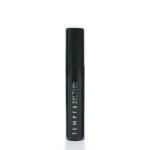 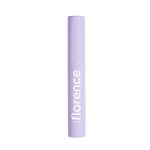 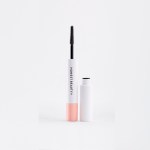 Yris Palmer is the expert when it comes to all things lashes! The Star Lash Beauty Bar founder spoke to HL about how to maintain your lash extensions in q-tine!

If you’re someone who is always on top of their lash extension refills and relies heavily on the bold and eye-opening aspect of some great lashes, this quarantine is definitely messing with your beauty routine! Celebrity lash extension artist and founder of the Kylie Jenner-fave Star Lash Beauty Bar, Yris Palmer, spoke to HollywoodLife.com in an EXCLUSIVE interview about how to maintain your lash extensions in quarantine and deal with the fall-out (literally). “If you’re trying to make your lash extensions last, then you don’t want to be taking steamy showers, don’t use oil based products, nothing that’s going to loosen the adhesive,” she advised. “If you want to take a picture or video and feel like you have too many gaps, don’t just add a whole strip lash, because that’s definitely going to ruin whatever you have left. Forget about it!”

Instead, Yris tells lash-lovers to get the individual 3-in-1 lashes to fill in the gaps. “We have some that just came out, but basically you’re going to do the same thing that that you would do with a strip lash, but these are three in one clusters and you’re just filling in the gaps. Anywhere you feel like you have a gap, you put on of these, as opposed to putting a whole strip lash on top of your extension,” she said. Yris’ company, Star Lash, sells a multitude of lash extensions and strip, and the Cluster Lashes Pack ($9) is the perfect purchase to fill in those gaps left from extensions.

Something else Yris specializes in, that most lash extension artists don’t do, are bottom lash extensions. “I don’t recommend them for an everyday thing, but if you have an event I definitely recommend them. Nobody was doing them and I did them on a few people and everyone just loved them,” she explained. “I wasn’t trained to do bottom lashes, I was just researching and wanted to tap into my creativity and explore new looks, and you can discover all these things to make it your own and add a personal touch to it — and I feel like bottom lashes were my thing.”

Yris revealed that it was her dive into bottom lash extensions that introduced her to her BFF Kylie Jenner! “Kylie actually saw the bottom lashes I did on somebody and she was like ‘I need those lashes,’ and that’s how I met her and started doing her lashes, and we became friends,” she told HL.