Amidst the ongoing college admissions scandal, photos of Lori Loughlin and Mossimo Giannulli‘s daughters Olivia Jade, 20, and Isabella, 21, have been released by federal prosecutors. The two future USC students can be seen posing on ERG workout machines — otherwise known as indoor rowing exercise machines — and wearing athletic wear in the pictures obtained by HollywoodLife. Both of the girls’ faces are blurred, however, Olivia appears to sport a snakeskin printed pair of yoga leggings and New Balance sneakers, while Isabella opted for a gray t-shirt, white shorts and black Nike running shoes.

The photos were submitted to the University of Southern California as part of both Olivia and Isabella’s applications with the intention of having them accepted as rowing recruits — despite neither daughter having participated in the sport. In Olivia’s case, a resume was also submitted with her application that claimed she was “highly skilled” as a rower. According to documents, the images were sent by their dad Mossimo, 56, to The Key founder Rick Singer, who Mossimo and Lori, 55 hired to help their daughters get into USC. It was previously confirmed in court documents that the couple spent $500,000 for Rick Singer’s services.

According to prosectors, Rick emailed Mossimo and suggested that, “It would probably help to get a picture with her on an ERG in workout clothes like a real athlete too.” Mossimo, best known as the designer behind his namesake Target line, responded “Fantastic. Will get all.” Isabella, now 21, was accepted first in 2016, followed by Olivia, now 20, in 2017. 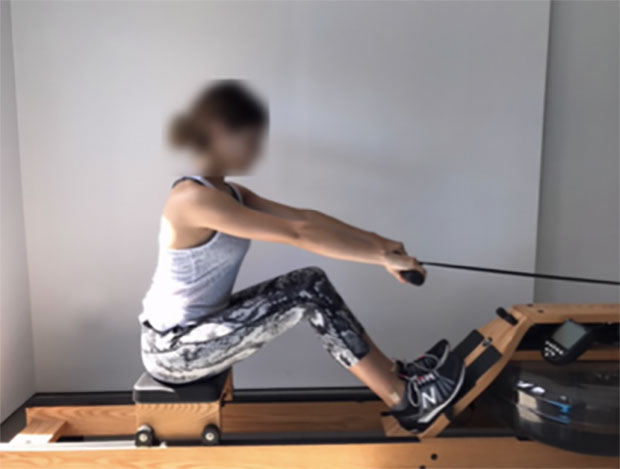 Credit: U.S. Attorney’s Office for the District of Massachusetts

Despite the photos being sent from Mossimo to Rick, Lori was still CC’d on the photo of Olivia, which was sent to The Key founder on July 28, 2017. In another email from 2016, Mossimo referenced the scheme in an email to his financial advisor saying: “Good news my daughter [Isabella] is in [U]SC bad [news] is I had to work the system.”

The release of the photos is in response to Loughlin’s attorneys filing a motion to dismiss her criminal case based on the actress’ claim that the FBI told Singer to lie about Loughlin and Giannulli’s knowledge of bribes being paid. Lori and. Mossimo were charged with conspiracy to commit mail, wire fraud and honest services mail fraud, charges of money laundering conspiracy, one count each of conspiracy to commit federal programs bribery in October. Both have pleaded not guilty.