The Clayton County’s Sheriff’s Office in Georgia released a statement relating to Playboi Carti‘s arrest on Friday, April 3. “Yesterday, Sheriff Victor Hill’s elite COBRA strike force pulled over a Lamborghini that had an expired tag,” it began. “During the stop COBRA members located 12 bags of marijuana, 3 guns, Xanax, codeine, and oxycodone. Jordan Carter later identified as Atlanta rapper “PlayBoi Carti” and Jaylon Tucker we’re both taken into custody and they are now facing the wall at Georgia’s toughest para-military jail known as the Hill-ton”. He was put in jail and booked at 9:59 PM local time on Thursday, March 2, and was then released from jail at 4:07 AM the following day.

This is not the first time that the “Magnolia” rapper has run into issues with the law. He was arrested in July 2017 over an alleged incident with his girlfriend at the time. While at the Los Angeles International Airport, he got into an argument with her and allegedly grabbed her backpack and forced her into an Uber. This alleged incident later resulted in his arrest for misdemeanor domestic battery. In August 2017, it was announced that Carti wouldn’t face domestic abuse charges.

He was also convicted of allegedly attacking his tour bus driver at a Scottish motorway service station. Playboi was found guilty of it in January 2019 almost a year after the alleged situation took place and was also reportedly fined £800 (£500 for assault and £300 for the damage), following a trial at the Dumfries Justice of the Peace Court. The BBC claimed that he denied the assault but did admit to causing damage to the luxury coach. 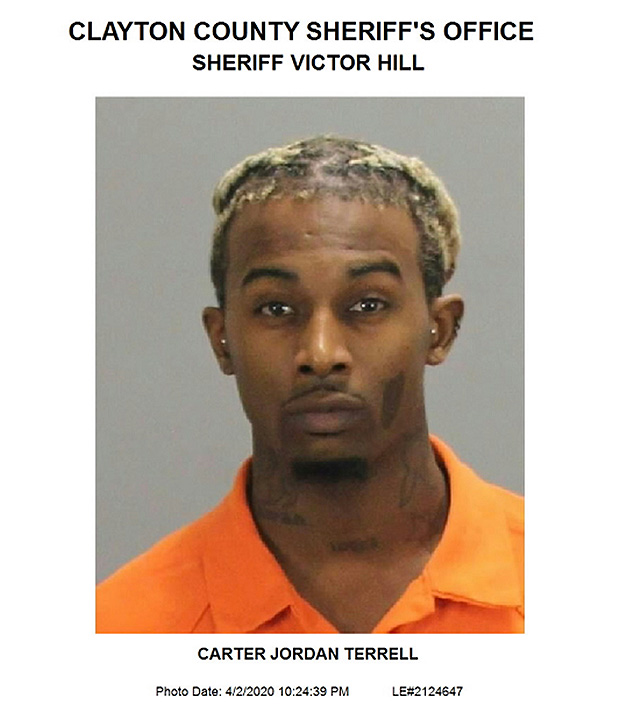 Playboi also has a history with dating famous women in Hollywood including his current girlfriend Iggy Azalea, 29. The rappers were first spotted together on a dinner date at Mastro’s Steakhouse in Beverly Hills in September 2017. They have since been spotted out and about together including them exhibiting a ton of PDA at an event in January 2019. Other women he has been linked to include Blac Chyna, 31, and Justine Skye, 24.