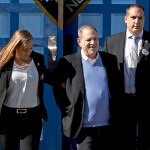 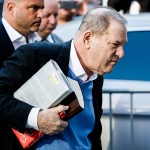 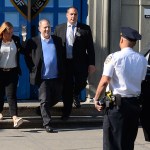 More than two years after publicly accusing Harvey Weinstein of rape, Rose McGowan shared her moving plea after the convicted rapist was sentenced to 23 years in prison.

UPDATE (3/11/20, 6:42 p.m. ET): Rose McGowan, 46, has broken her silence after Harvey Weinstein, 67, was sentenced to 23 years in prison. “Let us be free,” the actress tweeted on March 11, the same day of the disgraced film producer’s sentencing. Rose had long been waiting for this day: she accused Harvey of raping her after a screening of her film Going All the Way at the Sundance Film Festival over two decades ago, in 1997. “I felt so dirty. I had been so violated and I was sad to the core of my being,” Rose emotionally recalled in her 2018 memoir, Brave, then referring to Harvey as “the Monster.”

ORIGINAL: Celebrities have reacted to disgraced Hollywood producer Harvey Weinstein being sentenced to 23 years in prison on March 11. The decision comes two weeks after he was found guilty of rape in the third degree and criminal sexual assault in the first degree. The 67-year-old looked utterly shocked as the judge read the decision to the court — meanwhile on Twitter, people were celebrating. Accuser Asia Argento took to Instagram as the judge laid down the verdict, “Justice at last. LOOKING FORWARD TO THE LOS ANGELES TRIAL – XXIII years in prison. thank you to all the brave women who are helping to change the world,” she wrote. Actress Mia Sorvino also reacted to the watershed verdict, “23 years. Harvey Weinstein has been sentenced to 23 years in prison for his crimes of rape and sexual assault,” she wrote on Twitter. “I literally cried tears of amazement, gratitude that the justice system has worked on behalf of all of his victims today.” News anchor Megyn Kelly, whose experience with sexual harassment loosely inspired the 2019 flick Bombshell, thanked victims for speaking out, “To all the women who had that sickening feeling of having to choose between preserving their careers vs speaking out against their abuser, and who managed to find their voice, thank you,” she wrote on Twitter, adding, “To those who chose otherwise, you’re loved & supported too.”

A host of other Hollywood celebs took to Twitter to celebrate the brave women who spoke out. “Congratulations to the incredible women who took this monster on, in spite of how maliciously he retaliated. You have made a huge leap forward for all women with this victory. Also so much love to @RonanFarrow,” The Good Place actress Jameela Jamil wrote on Twitter. Journalist Ronan Farrow, who helped uncover allegations of sexual abuse against Harvey and was among the first reporters to break the story, also spoke out following the verdict. “A lot of news underlines how hard it is to hold wealthy and connected people accountable. Today shows the power of people who speak up, from a position of far less power, at great personal risk,” he tweeted. “The Weinstein sentence reminds us of the importance of those sources and of leaders at news organizations who refused to kill the story.”

Let us be free

Prior to the decision, Harvey told the court that he was “totally confused” by the guilty verdict. “I think men are confused about all of this… this feeling of thousands of men and women who are losing due process, I’m worried about this country,” Weinstein said, according to our sister site Variety. Weinstein is also required to register as a sex offender. He was silent as the two victims, Miriam Haley and Jessica Mann gave their impact statements; he apologized when they were done, saying he had “deep remorse” — but stressed that he thought the women were his friends.

23 years. Harvey Weinstein has been sentenced to 23 years in prison for his crimes of rape and sexual assault. I literally cried tears of amazement, gratitude that the justice system has worked on behalf of all of his victims today.

Weinstein is still facing separate charges in Los Angeles after two unidentified women accused him of attacking them one day apart in February 2013. One of the women, named as an Italian model and actress, told prosecutors that Weinstein allegedly raped her in the bathroom of a Beverly Hills hotel. The other woman said Weinstein allegedly trapped her in a West Los Angeles hotel bathroom, grabbed her breasts, and masturbated. A trial date has not been set.