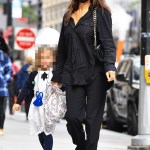 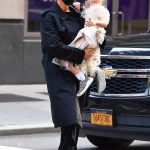 Daddy duty! Bradley Cooper was spotted sharing a sweet moment with his 2-year-old daughter, Lea in New York on Monday, March 9! The actor was photographed kissing the side of her head before dropping her off at school.

Just call him super dad! Bradley Cooper gave his 2-year-old daughter Lea De Seine Shayk Cooper an adorable sendoff before school on Monday morning. The A Star Is Born actor, 45, was pictured sharing a sweet hug and kiss with his little girl in New York City as he held her monkey backpack.

Bradley kissed the side of Lea’s face as she held onto her dad’s shoulders in the new photo. The actor donned a dark colored sweater, navy pants and a pair of tinted aviators. Meanwhile, Lea wore a black puffer jacket over her school outfit, which included white tights and little red shoes.

The father-daughter duo has been photographed walking around New York City throughout the months. Just one day prior, Bradley was photographed leaving a birthday party in New York City with Lea on his shoulders. Lea’s mom, model Irina Shayk wasn’t present during either outing. Irina, 34, and Bradley split in June 2019 after four years of dating, and now amicably share custody of their daughter. 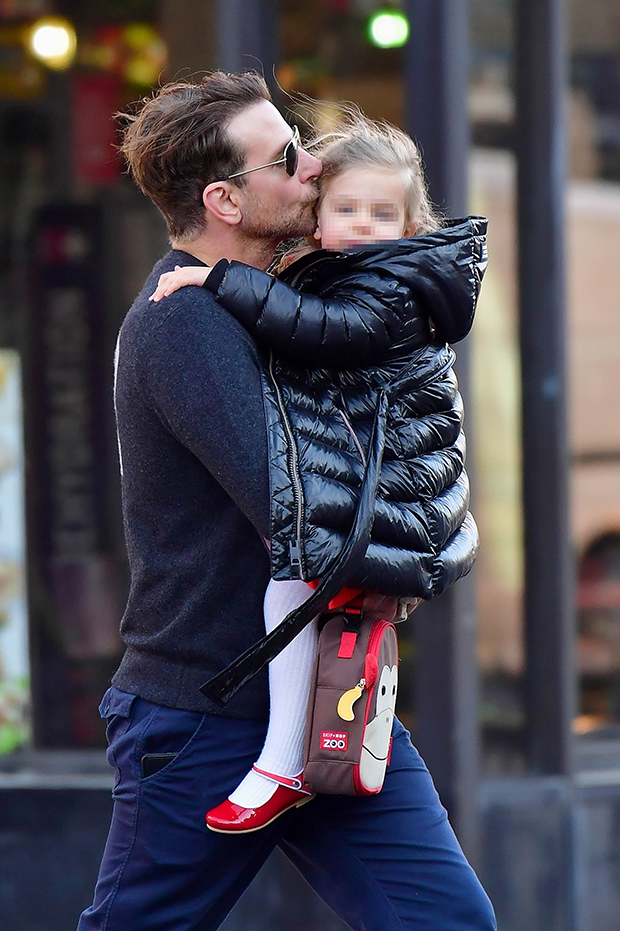 The ex-couple recently reunited for lunch with their daughter at Pier59 Studios in New York City on March 3. The casually dress trio were pictured walking outdoors together, as Lea held an ice cream cone.

The Oscar-nominated actor and the supermodel began dating in the spring of 2015 and were both notoriously private about their relationship. Bradley and Irina made limited public appearances together while they were dating. The couple never became engaged, despite sparking rumors in 2016 when Irina was seen with a large ring on her ring finger.