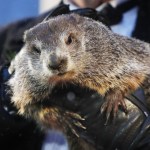 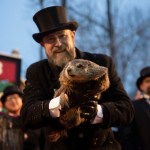 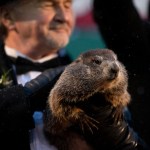 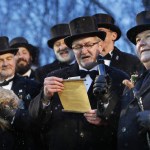 Punxsutawney Phil has officially emerged from his burrow at Gobble’s Knob in Pennsylvania and made his prediction about whether or not we’ll have an early spring…or six more weeks of winter!

The results are in! Punxsutawney Phil came out of hiding in his burrow on Feb. 2, Groundhog Day, and did not see his shadow! That means that he’s predicted that we’ll have an early spring this year! As always, thousands of people gathered at Gobbler’s Knob in Punxsutawney, Pennsylvania to see what Phil would predict. The famous groundhog was surrounded by his inner circle, who were the first to hear Phil’s prediction and reiterated the news to the crowd, as well as thousands of people watching via live stream.

The Groundhog Day legend states that if it is a clear day outside, Phil will see his shadow, and run back into his burrow out of fear. This means a longer winter is on the way. However, if it’s cloudy outside and Phil doesn’t see his shadow, he’ll want to stay outside, which means spring is coming! Every few years, Phil drinks from the ‘elixir of life,’ which gives him seven more years of life so he can keep making his predictions, according to the ancient legend. The first official Groundhog Day ceremony took place in 1886.

During the first few years of Groundhog Day events, Phil’s prediction was made in a private wooded area. However, the event has become massively popular over the years. Now, the town of Punxsutawney is full of people who come to see what happens, year after year! The town is decked out with Punxsutawney Phil paraphernalia ahead of Feb. 2, so there’s plenty to see.

It’s good enough for me! An early Spring it shall be!!!! #GroundhogDay #PunxsutawneyPhil pic.twitter.com/j0gf2HyYmq

This year, Groundhog Day falls on the same day as the 2020 Super Bowl. Later tonight, the San Francisco 49ers will be taking on the Kansas City Chiefs in the big game, which will take place in Miami, Florida.