While the world can’t stop talking about Prince Harry and Meghan Markle‘s big announcement, they have the support of The Crown cast! Helena Bonham Carter, 53, and Josh O’Connor, 29, gave their thoughts on The Sussex’s decision to step back from their royal duties. When asked what the Duke and Duchess of Sussex’s next moves should be after they decided to step back from their family, Josh candidly said on the red carpet that the couple “can probably do anything.” The actor, who ironically enough plays Prince Harry’s dad, Prince Charles, went on to say, “I’m sure they are very talented and can go off and do whatever they want.”

Helena, who plays Queen Elizabeth II’s sister, Princess Margaret, chimed in and agreed with her co-star. She said, “Absolutely. I think the world is their oyster.” The Fight Club actress went on to say, “It will be very interesting to see what they do, but now they’re masters of their own destiny and good luck to them.” Clearly, this talented duo is in full support of whatever Meghan and Harry decide to do with their more independent lifestyle — which may include a move to beautiful Vancouver, B.C.!

Harry and Meghan first announced their plans to step down on Jan. 8. The 93-year-old Queen confirmed that she reached an agreement with the couple on Saturday, Jan. 18. The following night, Harry spoke about their decision for the first time at a charity dinner at The Ivy Chelsea Garden on Sunday, Jan. 19. 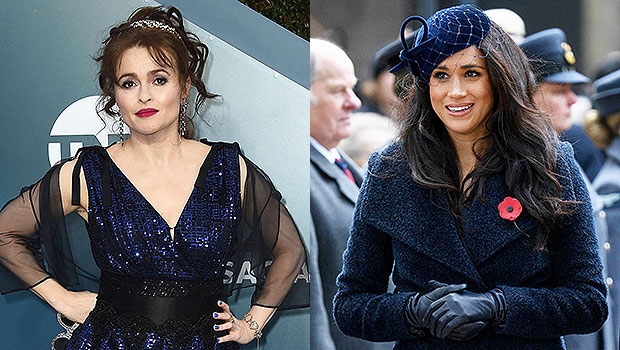 “The U.K. is my home and a place that I love. That will never change. I’ve grown up feeling supported by so many of you, and I’ve watched as you welcomed Meghan with open arms as you saw me find the love and happiness that I’d hoped for all my life,” he told the crowd.

“Finally, the second son of Diana got hitched. Hooray,” he joked, adding, “I also know that you’ve come to know me well enough over all these years to trust that the woman I chose as my wife upholds the same values as I do. And she does. And she’s the same woman I fell in love with. We both do everything we can to fly the flag and carry out our roles for this country with pride.”

Related: Cressida Bonas: 5 Things About Prince Harry’s Ex Who He Cried To About Princess Diana’s Death