Listen up, ladies — Mike Johnson is single. But, he’s not dating right now, The Bachelorette alum told HollywoodLife exclusively at The Bachelor watch party at Syndicated Bar in Brooklyn, New York on January 13. Mike, 31, previously dated Demi Lovato, who publicly fan-girled over him while he competed for Hannah Brown‘s heart during her season of The Bachelorette last May.

Mike began dating Demi, 27, around September of that year, after the season aired. The romance ended shortly without any drama around late October. And, despite going from the spotlight of being on The Bachelorette, to dating a Grammy-nominated singer, Mike said dating hasn’t changed for him.

“I pinky promise you this, it’s been the exact same,” Mike, an Air Force Veteran, said. “Prior to going on the show, I feel that men and women both should decipher who’s real and who’s not real. And, it’s the exact same right now. I mean, yeah, I might get a bit more attention now, but my mom raised me well, and I think that I’m not going to let this attention deter from what I want and the road with that,” he explained while he sipped on a Raspberry Smirnoff Seltzer. “So literally, it’s the same thing to me, like there is no difference,” he said, noting that his sister “definitely puts me in check” when it comes to dating. 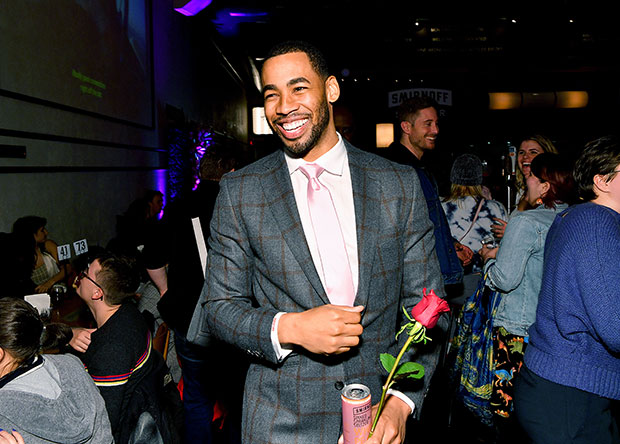 As for what he’s looking for in a potential girlfriend? — Mike said that self-love is a big attractor for him.

“When I’m looking for a woman, I like style and I like a woman that is confident,” he revealed. “I love when someone truly embodies self love. I remember having a conversation with a young lady and she was saying that on her Instagram, she doesn’t like gloating on materialistic things because that’s not what gets her her love,'” Mike recalled of a moment with a woman that impressed him. “And, I love having authentic quality conversation. I love having a woman that I feel that I can confide in and she can become my diary that’s locked away.”

Mike also opened up about his thoughts on his friend and current Bachelor, Peter Weber. Be sure to check back at HollywoodLife every Monday for your ultimate Bachelor recaps!